Hymns and Hymnwriters of Denmark 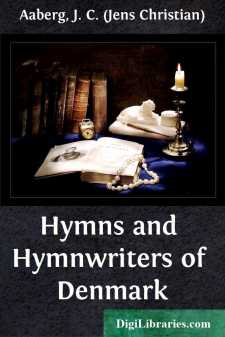 Danish hymnody, like that of other Protestant countries, is largely a child of the Reformation. The Northern peoples were from ancient times lovers of song. Much of their early history is preserved in poetry, and no one was more honored among them than the skjald who most skillfully presented their thoughts and deeds in song. Nor was this love of poetry lost with the transition from paganism to Christianity. The splendid folk songs of the Middle Ages prove conclusively that both the love of poetry and the skill in writing it survived into the new age. One can only wonder what fine songs the stirring advent of Christianity might have produced among a people so naturally gifted in poetry if the church had encouraged rather than discouraged this native gift.

But the Church of Rome evinced little interest in the ancient ways of the people among whom she took root. Her priests received their training in a foreign tongue; her services were conducted in Latin; and the native language and literature were neglected. Except for a few lawbooks, the seven hundred years of Catholic supremacy in Denmark did not produce a single book in the Danish language. The ordinances of the church, furthermore, expressly forbade congregational singing at the church services, holding that, since it was unlawful for the laity to preach, it was also impermissible for them to sing in the sanctuary. It is thus likely that a Danish hymn had never been sung, except on a [10] few special occasions in a Danish church before the triumph of the Reformation.

It is not likely, however, that this prohibition of hymn singing could be effectively extended to the homes or occasional private gatherings. Hans Thomisson, who compiled the most important of the early Danish hymnals, thus includes five “old hymns” in his collection with the explanation that he had done so to show “that even during the recent times of error there were pious Christians who, by the grace of God, preserved the true Gospel. And though these songs were not sung in the churches—which were filled with songs in Latin that the people did not understand—they were sung in the homes and before the doors”.

Most of these earlier hymns no doubt were songs to the Virgin Mary or legendary hymns, two types of songs which were then very common and popular throughout the church. Of the few real hymns in use, some were composed with alternating lines of Danish and Latin, indicating that they may have been sung responsively. Among these hymns we find the oldest known Danish Christmas hymn, which, in the beautiful recast of Grundtvig, is still one of the most favored Christmas songs in Danish.

When praising God, our Father,

We were in bondage lying,

But He hath heard our prayer.

He sent the Savior here.

Our hearts for joy are singing:

Be God’s for Christmas night.

Right in a golden year,