History of King Charles the Second of England 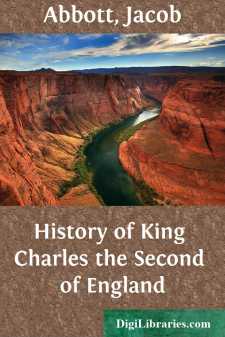 King Charles the Second was the son and successor of King Charles the First. These two are the only kings of the name of Charles that have appeared, thus far, in the line of English sovereigns. Nor is it very probable that there will soon be another. The reigns of both these monarchs were stained and tarnished with many vices and crimes, and darkened by national disasters of every kind, and the name is thus connected with so many painful associations in the minds of men, that it seems to have been dropped, by common consent, in all branches of the royal family.

The reign of Charles the First, as will be seen by the history of his life in this series, was characterized by a long and obstinate contest between the king and the people, which brought on, at last, a civil war, in which the king was defeated and taken prisoner, and in the end beheaded on a block, before one of his own palaces. During the last stages of this terrible contest, and before Charles way himself taken prisoner, he was, as it were, a fugitive and an outlaw in his own dominions. His wife and family were scattered in various foreign lands, his cities and castles were in the hands of his enemies, and his oldest son, the prince Charles, was the object of special hostility. The prince incurred, therefore, a great many dangers, and suffered many heavy calamities in his early years. He lived to see these calamities pass away, and, after they were gone, he enjoyed, so far as his own personal safety and welfare were concerned, a tranquil and prosperous life. The storm, however, of trial and suffering which enveloped the evening of his father's days, darkened the morning of his own. The life of Charles the First was a river rising gently, from quiet springs, in a scene of verdure and sunshine, and flowing gradually into rugged and gloomy regions, where at last it falls into a terrific abyss, enveloped in darkness and storms. That of Charles the Second, on the other hand, rising in the wild and rugged mountains where the parent stream was engulfed, commences its course by leaping frightfully from precipice to precipice, with turbid and foaming waters, but emerges at last into a smooth and smiling land, and flows through it prosperously to the sea.

Prince Charles's mother, the wife of Charles the First, was a French princess. Her name was Henrietta Maria. She was unaccomplished, beautiful, and very spirited woman. She was a Catholic, and the English people, who were very decided in their hostility to the Catholic faith, were extremely jealous of her. They watched all her movements with the utmost suspicion. They were very unwilling that an heir to the crown should arise in her family. The animosity which they felt against her husband the king, which was becoming every day more and more bitter, seemed to be doubly inveterate and intense toward her. They published pamphlets, in which they called her a daughter of Heth, a Canaanite, and an idolatress, and expressed hopes that from such a worse than pagan stock no progeny should ever spring....