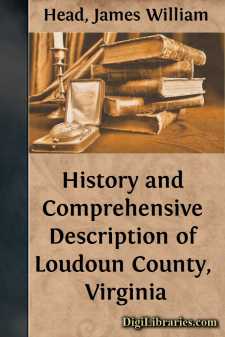 know not when I first planned this work, so inextricably is the idea interwoven with a fading recollection of my earliest aims and ambitions. However, had I not been resolutely determined to conclude it at any cost—mental, physical, or pecuniary—the difficulties that I have experienced at every stage might have led to its early abandonment.

The greatest difficulty lay in procuring material which could not be supplied by individual research and investigation. For this and other valid reasons that will follow it may safely be said that more than one-half the contents of this volume are in the strictest sense original, the remarks and detail, for the most part, being the products of my own personal observation and reflection. Correspondence with individuals and the State and National authorities, though varied and extensive, elicited not a half dozen important facts. I would charge no one with discourtesy in this particular, and mention the circumstance only because it will serve to emphasize what I shall presently say anent the scarcity of available material.

Likewise, a painstaking perusal of more than two hundred volumes yielded only meagre results, and in most of these illusory references I found not a single fact worth recording. This comparatively prodigious number included gazeteers, encyclopedias, geographies, military histories, general histories, State and National reports, journals of legislative proceedings, biographies, genealogies, reminiscences, travels, romances—in short, any and all books that I had thought calculated to shed even the faintest glimmer of light on the County's history, topographical features, etc.

But, contrary to my expectations, in many there appeared no manner of allusion to Loudoun County. By this it will be seen that much time that might have been more advantageously employed was necessarily given to this form of fruitless research.

That works of history and geography can be prepared in no other way, no person at all acquainted with the nature of such writings need be told. "As well might a traveler presume to claim the fee-simple of all the country which he has surveyed, as a historian and geographer expect to preclude those who come after him from making a proper use of his labors. If the former writers have seen accurately and related faithfully, the latter ought to have the resemblance of declaring the same facts, with that variety only which nature has enstamped upon the distinct elaborations of every individual mind.... As works of this sort become multiplied, voluminous, and detailed, it becomes a duty to literature to abstract, abridge, and give, in synoptical views, the information that is spread through numerous volumes."

Touching the matter gleaned from other books, I claim the sole merit of being a laborious and faithful compiler. In some instances, where the thoughts could not be better or more briefly expressed, the words of the original authors may have been used.

Where this has been done I have, whenever possible, made, in my footnotes or text, frank and ample avowal of the sources from which I have obtained the particular information presented....