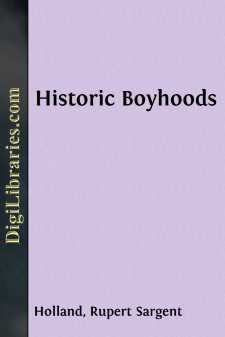 A privateer was leaving Genoa on a certain June morning in 1461, and crowds of people had gathered on the quays to see the ship sail. Dark-hued men from the distant shores of Africa, clad in brilliant red and yellow and blue blouses or tunics and hose, with dozens of glittering gilded chains about their necks, and rings in their ears, jostled sun-browned sailors and merchants from the east, and the fairer-skinned men and women of the north.

Genoa was a great seaport in those days, one of the greatest ports of the known world, and her fleets sailed forth to trade with Spain and Portugal, France and England, and even with the countries to the north of Europe. The sea had made Genoa rich, had given fortunes to the nobles who lived in the great white marble palaces that shone in the sun, had placed her on an equal footing with that other great Italian sea city, Venice, with whom she was continually at war.

But all the ships that left her harbor were not trading vessels. Genoa the Superb had many enemies always on the alert to swoop down upon her trade. So she had to maintain a great war-fleet. In addition to this danger, the Mediterranean was then the home of roving pirates, ready to seize any vessel, without regard to its flag, which promised to yield them booty.

The life of a Genoese boy in those days was packed full of adventures. Most of the boys went to sea as soon as they were old enough to hold an oar or to pull a rope, and they had to be ready at any moment to drop the oar or rope and seize a sword or a pike to repel pirates or other enemies. There was always the chance of a sudden chase or a secret attack on a Christian boat by savage Mussulmen, and so bitter was the endless war of the two religions that in such cases the victors rarely spared the lives of the vanquished, or, if they did, sold them in port as slaves. Moreover the ships were frail, and the Mediterranean storms severe, and many barks that contrived to escape the pirates fell victims to the fury of head winds. The life of a Genoese sailor was about as dangerous a life as could well be imagined.

On this June morning a large privateer was to set sail from the port, and the families of the men and boys who were outward bound had come down to say good-bye. The centre of one little group was a boy about fifteen, strong and broad for his years, though not very tall, with warm olive skin, bright black eyes, and fair hair that fell to his ears. His name was Christopher Colombo, and he was going to sail with a relative called Colombo the Younger who commanded a ship in the service of Genoa.

The young Christopher had always loved to be upon the sea. Among the first sights that he remembered were glimpses of the Mediterranean in fair and stormy weather, the first tales he had heard were stories of strange adventures that had befallen sailors. His home had sprung from the waves, its glory had been drawn from the inland sea, the great chain of high mountains at its back cut it off from the land and the pursuits of other cities....