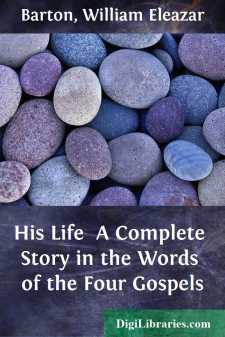 THE DIVINE ANNOUNCINGS The Word Made Flesh.

There came a man, sent from God, whose name was John. The same came for witness, that he might bear witness of the light, that all might believe through him. He was not the light, but came that he might bear witness of the light. There was the true light, even the light which lighteth every man, coming into the world. He was in the world, and the world was made through him, and the world knew him not. He came unto his own, and they that were his own received him not. But as many as received him, to them gave he the right to become children of God, even to them that believe on his name: who were born, not of blood, nor of the will of the flesh, nor of the will of man, but of God.

And the Word became flesh, and dwelt among us (and we beheld his glory, glory as of the only begotten from the Father), full of grace and truth. John beareth witness of him, and crieth, saying, "This was he of whom I said, He that cometh after me is become before me: for he was before me."

For of his fulness we all received, and grace for grace. For the law was given through Moses; grace and truth came through Jesus Christ. No man hath seen God at any time; the only begotten Son, who is in the bosom of the Father, he hath declared him.

The Promised Birth Of John The Baptist.

There was in the days of Herod, king of Judæa, a certain priest named Zacharias, of the course of Abijah: and he had a wife of the daughters of Aaron, and her name was Elisabeth. And they were both righteous before God, walking in all the commandments and ordinances of the Lord blameless. And they had no child, because that Elisabeth was barren, and they both were now well stricken in years.

Now it came to pass, while he executed the priest's office before God in the order of his course, according to the custom of the priest's office, his lot was to enter into the temple of the Lord and burn incense. And the whole multitude of the people were praying without at the hour of incense.

And there appeared unto him an angel of the Lord standing on the right side of the altar of incense.

And Zacharias was troubled when he saw him, and fear fell upon him. But the angel said unto him, "Fear not, Zacharias: because thy supplication is heard, and thy wife Elisabeth shall bear thee a son, and thou shalt call his name John. And thou shalt have joy and gladness; and many shall rejoice at his birth. For he shall be great in the sight of the Lord, and he shall drink no wine nor strong drink; and he shall be filled with the Holy Spirit, even from his mother's womb. And many of the children of Israel shall he turn unto the Lord their God. And he shall go before his face in the spirit and power of Elijah, to turn the hearts of the fathers to the children, and the disobedient to walk in the wisdom of the just; to make ready for the Lord a people prepared for him."

And Zacharias said unto the angel, "Whereby shall I know this?...