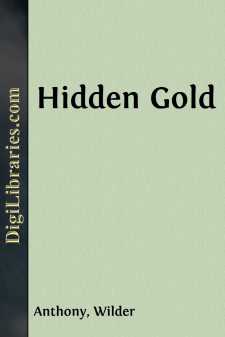 CHAPTER I THE COMING OF THE SHEEP

From his seat on the top of a high ridge, Gordon Wade looked into the bowl-shaped valley beneath him, with an expression of amazement on his sun-burned face. Pouring through a narrow opening in the environing hills, and immediately spreading fan-like over the grass of the valley, were sheep; hundreds, thousands of them. Even where he sat, a good quarter mile above them, the air was rank with the peculiar smell of the animals he detested, and their ceaseless "Ba-a-a, ba-a-a, ba-a-a," sounded like the roar of surf on a distant coast. Driven frantic by the appetizing smell of the sweet bunch-grass, the like of which they had not seen in months, the sheep poured through the gap like a torrent of dirty, yellow water; urged on from the rear and sides by barking dogs and shouting herders.

Straightening his six feet of bone and muscle, the cattleman stood up and stepped to the extreme edge of the rim-rock, with hardened countenance and gleaming eyes. A herder saw him standing there, in open silhouette against the sky line, and with many wild gesticulations pointed him out to his companions. With a quick motion, Wade half raised his rifle from the crook of his arm toward his shoulder, and then snorted grimly as the herders scrambled for shelter. "Coyotes!" he muttered, reflecting that constant association with the beasts that such men tended, seemed to make cowards of them all.

With an ominous shake of his head, he went back on the ridge to his waiting horse, eager to bear word of the invasion to Santry, his ranch foreman and closest friend. Thrusting the short-barreled rifle into its scabbard beneath the stirrup leather, he mounted and rode rapidly away.

Dusk was gathering as he pushed his way through the willows which fringed Piah Creek and came out into the clearing which held his ranch buildings. Nestling against the foot of a high bluff with the clear waters of the creek sparkling a scant fifty yards from the door, the log ranch house remained hidden until one was almost upon it. To the left, at the foot of a long slope, the corrals and out-buildings were situated, while beyond them a range of snow-capped mountains rose in majestic grandeur. Back of the house, at the top of the bluff, a broad tableland extended for miles; this, with Crawling Water Valley, comprising the fine range land, on which fattened three thousand head of cattle, carrying the Wade brand, the Double Arrow. Barely an hour before, the owner had surveyed the scene with more than satisfaction, exulting in the promise of prosperity it seemed to convey. Now all his business future was threatened by the coming of the sheep.

After putting his horse in the corral, the ranch owner turned toward the house. As he walked slowly up the hill, he made a fine figure of a man; tall, straight, and bronzed like an Indian. His countenance in repose was frank and cheerful, and he walked with the free, swinging stride of an out-door man in full enjoyment of bodily health and vigor....