Heaven and its Wonders and Hell 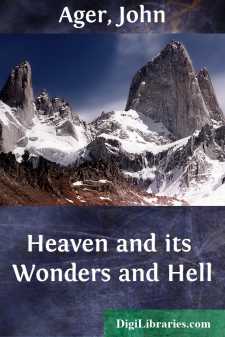 1. The Lord, speaking in the presence of His disciples of the consummation of the age, which is the final period of the church,{1} says, near the end of what He foretells about its successive states in respect to love and faith:{2}

Immediately after the tribulation of those days the sun shall be darkened, and the moon shall not give her light, and the stars shall fall from heaven, and the powers of the heavens shall be shaken. And then shall appear the sign of the Son of man in heaven; and then shall all the tribes of the earth mourn; and they shall see the Son of man coming in the clouds of heaven with power and great glory. And He shall send forth His angels with a trumpet and a great sound; and they shall gather together His elect from the four winds, from the end to end of the heavens (Matt. 24:29-31).

Those who understood these words according to the sense of the letter have no other belief than that during that latest period, which is called the final judgment, all these things are to come to pass just as they are described in the literal sense, that is, that the sun and moon will be darkened and the stars will fall from the sky, that the sign of the Lord will appear in the sky, and He Himself will be seen in the clouds, attended by angels with trumpets; and furthermore, as is foretold else where, that the whole visible universe will be destroyed, and afterwards a new heaven with a new earth will come into being. Such is the opinion of most men in the church at the present day. But those who so believe are ignorant of the arcana that lie hid in every particular of the Word. For in every particular of the Word there is an internal sense which treats of things spiritual and heavenly, not of things natural and worldly, such as are treated of in the sense of the letter. And this is true not only of the meaning of groups of words, it is true of each particular word.{3} For the Word is written solely by correspondences,{4} to the end that there may be an internal sense in every least particular of it. What that sense is can be seen from all that has been said and shown about it in the Arcana Coelestia; also from quotations gathered from that work in the explanation of The White Horse spoken of in the Apocalypse. It is according to that sense that what the Lord says in the passage quoted above respecting His coming in the clouds of heaven is to be understood. The "sun" there that is to be darkened signifies the Lord in respect to love;{5} the "moon" the Lord in respect to faith;{6} "stars" knowledges of good and truth, or of love and faith;{7} "the sign of the Son of man in heaven" the manifestation of Divine truth; "the tribes of the earth" that shall mourn, all things relating to truth and good or to faith and love;{8} "the coming of the Lord in the clouds of heaven with power and glory" His presence in the Word, and revelation,{9} "clouds" signifying the sense of the letter of the Word,{10} and "glory" the internal sense of the Word;{11} "the angels with a trumpet and great voice" signify heaven as a source of Divine truth.{12} All this makes clear that these words of the Lord mean that at the end of the church, when there is no longer any love, and consequently no faith, the Lord will open the internal meaning of the Word and reveal arcana of heaven....