Health Work in the Public Schools 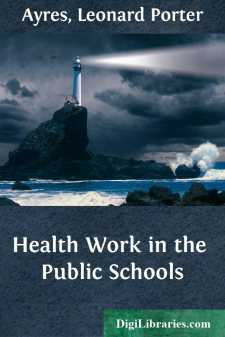 The Argument for Medical Inspection

Medical inspection is an extension of the activities of the school in which the educator and the physician join hands to insure for each child such conditions of health and vitality as will best enable him to take full advantage of the free education offered by the state. Its object is to better health conditions among school children, safeguard them from disease, and render them healthier, happier, and more vigorous. It is founded upon a recognition of the intimate relationship between the physical and mental conditions of the children, and the consequent dependence of education on health conditions.

In Cleveland, the value of medical inspection was recognized while the movement was still in its infancy in America. Here, as elsewhere, this sudden recognition of the imperative necessity for safeguarding the physical welfare of school children grew out of the discovery that compulsory education under modern city conditions meant compulsory disease.

The state, to provide for its own protection, has decreed that all children must attend school, and has put in motion the all-powerful but indiscriminating agency of compulsory education, which gathers in the rich and the poor, the bright and the dull, the healthy and the sick. The object was to insure that these children should have sound minds. One of the unforeseen results was to insure that they should have unsound bodies. Medical inspection is the device created to remedy this condition. Its object is prevention and cure.

Ever since its establishment the good results of medical inspection have been evident. Epidemics have been checked or avoided. Improvements have been noted in the cleanliness and neatness of the children. Teachers and parents have come to know that under the new system it is safe for children to continue in school in times of threatened or actual epidemic.

But medical inspection does not confine itself to dealing with contagious disease. Its aid has been invoked to help the child who is backward in his school studies. With the recent extensions in the length of the school term and the increase in the number of years of schooling demanded of the child, has come a great advance in the standards of the work required. When the standards were low, the work was not beyond the capacity of even the weaker children; but with close grading, fuller courses, higher standards, and constantly more insistent demands for intellectual attainment, conditions have changed. Pupils have been unable to keep up with their classes. The terms "backward," "retarded," and "exceptional," as applied to school children, have been added to the vocabularies of educators.

School men discovered that the drag-net of compulsory education was bringing into school hundreds of children who were unable to keep step with their companions, and because this interfered with the orderly administration of the school system, they began to ask why the children were backward.

The school physicians helped to find the answer when they showed that hundreds of these children were backward simply because of removable physical defects....