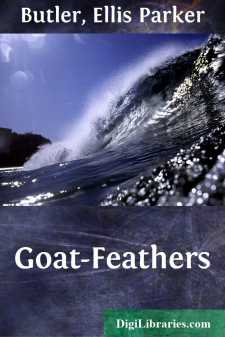 No human being ever tells the whole truth about himself. We seem to be born liars in that particular, all of us, and I am no different. I'm starting out now to tell the bitter, agonizing truth about myself, but before I am through I shall probably be lying at the rate of a mile a minute and cracking myself up something awful! A man can tell only so much truth; then he begins to wabble.

The truth is, I ought to be making as much money as Robert W. Chambers, and winning prizes of honor like Ernest Poole, and I'm not. I ought to be better known as a humorist than George Ade and Mark Twain rolled into one, and I'm not. The trouble with me is that I am always too ready and eager to break away and go gathering goat-feathers. If it had not been for that I might be a millionaire or the President of the United States or the leading American Author, bound in Red Russia leather. I might have been a Set of Books, like Sir Walter Scott or Dickens or Balzac, and when people passed my house the natives would say, "No, that isn't the city hall or the court-house; that's where Butler lives." Of course some strangers would say, "Butler, the grocer?" but that would be the ignorant few. The real people would whisper, "Butler, the Author!" in a sort of subdued awe and remove their hats. Some of them would pick a blade of grass from my lawn and take it home to hand down to their children's children as the most treasured family possession. As it is, I have gathered so many goat-feathers that half the people introduce me as Ellis Butler Parker and the other half as Butler Parker Ellis, and if there is a ton of hay growing on my lawn nobody bothers to pick a pint. My father has to cut it and rake it away.

Goat-feathers, you understand, are the feathers a man picks and sticks all over his hide to make himself look like the village goat. It often takes six days, three hours and eighteen minutes to gather one goat-feather, and when a man has it and takes it home it is about as useful and valuable to him as a stone-bruise on the back of his neck. I have recently spent several days over a month gathering one goat-feather, and as a reward I was grabbed and chased after another that ate up two weeks and three days of my time. Goat-feathers are the distractions, side lines and deflections that take a man's attention from his own business and keep him from getting ahead. They are the Greatest Thing in the World—to make a man look like a goat.

I think I can claim, without fear of dispute, to have gathered more goat-feathers in a fifty-year career, and to look more like a goat, than any other man living, and not excepting Pooh Bah, who added such a pleasing, goat-like character to Gilbert-and-Sullivan's "Mikado." Pooh Bah, poor amateur! could boast only that he was First Lord of the Treasury, Lord Chief Justice, Commander-in-Chief, Lord High Admiral, Master of the Buck Hounds, Groom of the Back Stairs, Archbishop of Titipu, Lord Mayor, Lord Chamberlain, Attorney-General, Chancellor of the Exchequer, Privy Purse, Private Secretary, Lord High Auditor, First Commissioner of Police, Paymaster General, Judge Ordinary, Master of the Rolls, Secretary of State for the Home Department, Groom of the Second Floor Front, and Registrar....