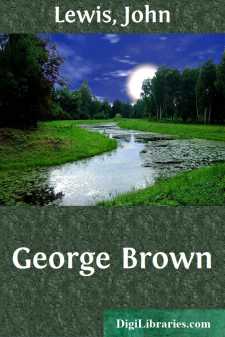 The title of this series, "Makers of Canada," seemed to impose on the writer the obligation to devote special attention to the part played by George Brown in fashioning the institutions of this country. From this point of view the most fruitful years of his life were spent between the time when the Globe was established to advocate responsible government, and the time when the provinces were confederated and the bounds of Canada extended from the Atlantic to the Pacific. The ordinary political contests in which Mr. Brown and his newspaper engaged have received only casual notice, and the effort of the writer has been to trace Mr. Brown's connection with the stream of events by which the old legislative union of Canada gave place to the confederated Dominion.

After the establishment of responsible government, the course of this stream is not obscure. Brown is found complaining that Upper Canada is inadequately represented and is dominated by its partner. Various remedies, such as dissolution of the union, representation by population and the "double majority," are proposed; but ultimately the solution is found in federation, and to this solution, and the events leading up to it, a large part of the book is devoted. Mr. Brown was also an ardent advocate of the union with Canada of the country lying west to the Rocky Mountains, and to this work reference is made.

Mr. Brown was one of those men who arouse strong friendships and strong animosities. These have been dealt with only where they seemed to have a bearing upon history, as in the case of Sir John A. Macdonald and of the Roman Catholic Church. It seems to be a profitless task for a biographer to take up and fight over again quarrels which had no public importance and did not affect the course of history.

The period covering Mr. Brown's career was one in which the political game was played roughly, and in which strong feelings were aroused. To this day it is difficult to discuss the career of the Hon. George Brown, or of Sir John A. Macdonald, without reviving these feelings in the breasts of political veterans and their sons; and even one who tries to study the time and the men and to write their story, finds himself taking sides with men who are in their graves, and fighting for causes long since lost and won. The writer has tried to resist the temptation of building up the fame of Brown by detracting from that of other men, but he has also thought it right in many cases to present Brown's point of view, not necessarily as the whole truth, but as one of the aspects of truth.

In dealing with the question of confederation, my endeavour has been simply to tell the story of Brown's work and let it speak for itself, not to measure the exact proportion of credit due to Brown and to others. It is hard to believe, however, that the verdict of history will assign to him a place other than first among the public men of Canada who contributed to the work of confederation. Events, as D'Arcy McGee said, were probably more powerful than any of them.

If any apology is needed for the space devoted to the subject of slavery in the United States, it may be found not only in Brown's life-long opposition to slavery, but in the fact that the Civil War influenced the relations between the United States and Canada, and indirectly promoted the confederation of the Canadian provinces, and also in the fact, so frequently emphasized by Mr. Brown, that the growth of the institution of slavery on this continent was a danger to which Canada could not be indifferent.

Among the works that have been found useful for reference are John Charles Dent's Last Forty Years (Canada since the union of 1841); Gray on Confederation; Coté's Political Appointments and Elections in the Province of Canada; Dr. Hodgins' Legislation and History of Separate Schools in Upper Canada; the lives of Lord Elgin, Dr. Ryerson and Joseph Howe in "The Makers of Canada" series; the Hon. Alexander Mackenzie's Life and Speeches of the Hon. George Brown; the Hon. James Young's Public Men and Public Life in Canada. Mr. Mackenzie's book contains a valuable collection of letters, to which frequent reference is made in the chapters of this book dealing with confederation. The account of the relations of the Peel government with Governor Sir Charles Bagot is taken from the Life of Sir Robert Peel, from his correspondence, edited by C....