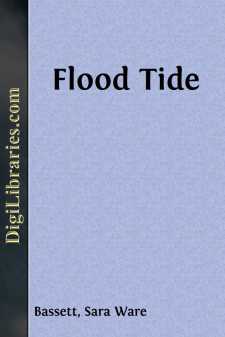 THE WEAVER AND HIS FANCIES

Willie Spence was a trial. Not that his personality rasped society at large. On the contrary his neighbors cherished toward the little old man, with his short-sighted blue eyes and his appealing smile, an affection peculiarly tender; and if they sometimes were wont to observe that although Willie possessed some common sense he was blessed with uncommon little of it, the observation was facetiously uttered and was offered with no malicious intent.

In fact had one scoured Wilton from end to end it would have been difficult to unearth a single individual who bore enmity toward the owner of the silver-gray cottage on the Harbor Road. It was impossible to talk ten seconds with Willie Spence and not be won by his kindliness, his optimism, his sympathy, and his honesty. Willie probably could not have dissembled had he tried, and fortunately his life was of so simple and transparent a trend that little lay hidden beneath its crystalline exterior. What he was he was. When baffled by phenomena he would scratch his thin locks and with a smile of endearing candor frankly admit, "I dunno." When, on the other hand, he knew himself to be master of a debated fact, no power under heaven could shake the tenacity with which he clung to his beliefs. There was never any compromise with truth on Willie's part. A thing was so or it was not.

This reputation for veracity, linked as it was with an ingenuous good will toward all mankind, had earned for Willie Spence such universal esteem and tenderness that whenever the stooping figure with its ruddy cheeks, soft white hair, and gentle smile made its appearance on the sandy roads of the hamlet, it was hailed on all sides with the loving and indulgent greetings of the inhabitants of the village.

Even Celestina Morton, who kept house for him and who might well have lost patience at his defiance of domestic routine, worshipped the very soil his foot touched. There was, of course, no denying that Willie's disregard for the meal hour had become what she termed "chronical" and severely taxed her forbearance; or that since she was a creature of human limitations she did at times protest when the chowder stood forgotten in the tureen until it was of Arctic temperature; nor had she ever acquired the grace of spirit to amiably view freshly baked popovers shrivel neglected into nothingness. Try as she would to curb her tongue, under such circumstances, she occasionally would burst out:

"I do wish, Willie Spence, you'd quit your dreamin' an' come to dinner."

For answer Willie would rise hastily and stand arrested, a bit of string in one hand and the hammer in the other, and peering reproachfully over the top of his steel-bowed spectacles would reply:

"Law, Tiny! You wouldn't begretch me my dreams, would you? They're about all I've got. If it warn't fur the things I dream I wouldn't have nothin'."

The wistfulness in the sensitive face would instantly transform Celestina's irritation into sympathy and cause her to respond: