Fishing with a Worm 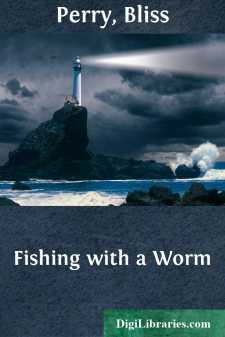 FISHING WITH A WORM

"The last fish I caught was with a worm."—IZAAK WALTON.

A defective logic is the born fisherman's portion. He is a pattern of inconsistency. He does the things which he ought not to do, and he leaves undone the things which other people think he ought to do. He observes the wind when he should be sowing, and he regards the clouds, with temptation tugging familiarly at his heartstrings, when he might be grasping the useful sickle. It is a wonder that there is so much health in him. A sorrowing political economist remarked to me in early boyhood, as a jolly red-bearded neighbor, followed by an abnormally fat dog, sauntered past us for his nooning: "That man is the best carpenter in town, but he will leave the most important job whenever he wants to go fishing." I stared at the sinful carpenter, who swung along leisurely in the May sunshine, keeping just ahead of his dog. To leave one's job in order to go fishing! How illogical!Years bring the reconciling mind. The world grows big enough to include within its scheme both the instructive political economist and the truant mechanic. But that trick of truly logical behavior seems harder to the man than to the child. For example, I climbed up to my den under the eaves last night—a sour, black sea-fog lying all about, and the December sleet crackling against the window-panes—in order to varnish a certain fly-rod. Now rods ought to be put in order in September, when the fishing closes, or else in April, when it opens. To varnish a rod in December proves that one possesses either a dilatory or a childishly anticipatory mind. But before uncorking the varnish bottle, it occurred to me to examine a dog-eared, water-stained fly-book, to guard against the ravages of possible moths. This interlude proved fatal to the varnishing. A half hour went happily by in rearranging the flies. Then, with a fisherman's lack of sequence, as I picked out here and there a plain snell-hook from the gaudy feathered ones, I said to myself with a generous glow at the heart: "Fly-fishing has had enough sacred poets celebrating it already. Is n't there a good deal to be said, after all, for fishing with a worm?"Could there be a more illogical proceeding? And here follows the treatise,—a Defense of Results, an Apology for Opportunism,—conceived in agreeable procrastination, devoted to the praise of the inconsequential angleworm, and dedicated to a childish memory of a whistling carpenter and his fat dog.Let us face the worst at the very beginning. It shall be a shameless example of fishing under conditions that make the fly a mockery. Take the Taylor Brook, "between the roads," on the headwaters of the Lamoille. The place is a jungle. The swamp maples and cedars were felled a generation ago, and the tops were trimmed into the brook. The alders and moosewood are higher than your head; on every tiny knoll the fir balsams have gained a footing, and creep down, impenetrable, to the edge of the water. In the open spaces the Joe-Pye weed swarms....