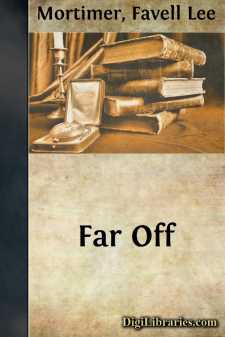 Of all the countries in the world which would you rather see?

Would it not be the land where Jesus lived?

He was the Son of God: He loved us and died for us.

What is the land called where He lived? Canaan was once its name: but now Palestine, or the Holy Land.

Who lives there now?

Alas! alas! The Jews who once lived there are cast out of it. There are some Jews there; but the Turks are the lords over the land. You know the Turks believe in Mahomet.

What place in the Holy Land do you wish most to visit?

I will take you first to

A good minister visited this place, accompanied by a train of servants, and camels, and asses.

It is not easy to travel in Palestine, for wheels are never seen there, because the paths are too steep, and rough, and narrow for carriages.

Bethlehem is on a steep hill, and a white road of chalk leads up to the gate. The traveller found the streets narrow, dark, and dirty. He lodged in a convent, kept by Spanish monks. He was shown into a large room with carpets and cushions on the floor. There he was to sleep. He was led up to the roof of the house to see the prospect. He looked, and beheld the fields below where the shepherds once watched their flocks by night: and far off he saw the rocky mountains where David once hid himself from Saul.

But the monks soon showed him a more curious sight. They took him into their church, and then down some narrow stone steps into a round room beneath. "Here," said they, "Jesus was born." The floor was of white marble, and silver lamps were burning in it. In one corner, close to the wall, was a marble trough, lined with blue satin. "There," said the monks, "is the manger where Jesus was laid." "Ah!" thought the traveller, "it was not in such a manger that my Saviour rested his infant head; but in a far meaner place."

These monks have an image of a baby, which they call Jesus. On Christmas-day they dress it in swaddling-clothes and lay it in the manger: and then fall down and worship it.

The next day, as the traveller was ready to mount his camel, the people of Bethlehem came with little articles which they had made. But he would not buy them, because they were images of the Virgin Mary and her holy child, and little white crosses of mother-of-pearl. They were very pretty: but they were idols, and God hates idols.

Here our Lord was crucified.

Is there any child who does not wish to hear about it?

The children of Jerusalem once loved the Lord, and sang his praises in the temple....