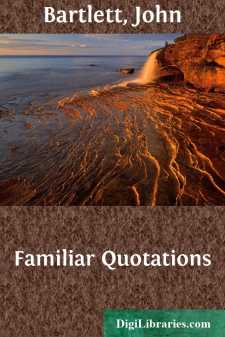 There's nothing ill can dwell in such a temple:If the ill spirit have so fair a house,Good things will strive to dwell with 't.

I will be correspondent to command,And do my spiriting gently.

A very ancient and fishlike smell.

Our revels row are ended: these our actors,As I foretold you, were all spirits, andAre melted into air, into thin air:And, like the baseless fabric of this vision,The cloud-capped towers, the gorgeous palaces,The solemn temples, the great globe itselfYea, all which it inherit, shall dissolve,And, like an insubstantial pageant faded,Leave not a rack behind.

We are such stuffAs dreams are made of, and our little lifeIs rounded with a sleep.

To make a virtue of necessity.

Is she not passing fair?

Faith, thou hast some crotchets in thy head now.

Why, then the world's mine oyster,Which I with sword will open.

They say, there is divinity in odd numbers, either in nativity, chance, or death.

If music be the food of love, play on,Give me excess of it; that, surfeiting,The appetite may sicken, and so die.—That strain again—it had a dying fall;O, it came o'er my ear like the sweet south,That breathes upon a bank of violets,Stealing and giving odor.

I am sure care's an enemy to life.

'Tis beauty truly blent, whose red and whiteNature's own sweet and cunning hand laid on.

Dost thou think, because them art virtuous,there shall be no more cakes and ale?

She never told her love,But let concealment, like a worm in the bud,Feed on her damask cheek: she pined in thought,And, with a green and yellow melancholy,She sat, like Patience on a monument,Smiling at grief.

O, what a deal of scorn looks beautifulIn the contempt and anger of his lip!

Love sought is good, but given unsought is better.

Let there be gall enough in thy ink; though thou write with a goose-pen, no matter.

Some are born great, some achieve greatness, and some have greatness thrust upon them.

Spirits are not finely touchedBut to fine issues.

Our doubts are traitors,And make us lose the good we oft might win,By fearing to attempt.

O, it is excellentTo have a giant's strength; but it is tyrannousTo use it like a giant.

But man, proud man!Drest in a little brief authority,

The miserable have no other medicine,But only hope.

The sense of death is most in apprehension;And the poor beetle that we tread uponIn corporal sufferance finds a pang as greatAs when a giant dies.

Ay, but to die, and go we know not where;To lie in cold obstruction, and to rot.

Take, O take those lips away,That so sweetly were forsworn;And those eyes, the break of day,Lights that do mislead the morn;But my kisses bring again,Seals of love, but sealed in vain.

MUCH ADO ABOUT NOTHING....
Show more
Show less