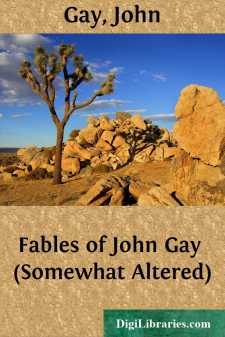 When I first saw you—never mind the year—you could speak no English, and when next I saw you, after a lapse of two years, you would prattle no French; when again we met, you were the nymph with bright and flowing hair, which frightened his Highness Prince James out of his feline senses, when, as you came in by the door, he made his bolt by the window. It was then that you entreated me, with "most petitionary vehemence," to write you a book—a big book—thick, and all for yourself—

"Apollo heard, and granting half the prayer,Shuffled to winds the rest and tossed in air."

I have not written the book, nor is it thick: but I have printed you a book, and it is thin. And I take the occasion to note that old Geoffry Chaucer, our father poet, must have had you in his mind's eye, by prescience or precognition, or he could hardly else have written two poems, one on the daisy and one on the rose. They are poems too long for modern days, nor are we equal in patience to our fore-fathers, who read 'The Faërie Queen,' 'Gondibert,' and the 'Polyolbion,' annually, as they cheeringly averred, through and out. Photography, steam, and electricity make us otherwise, and Patience has fled to the spheres; therefore, if feasible, shall "brevity be the soul of wit," and we will eschew "tediousness and outward flourishes" in compressing 'The Flower and the Leaf' into little:—