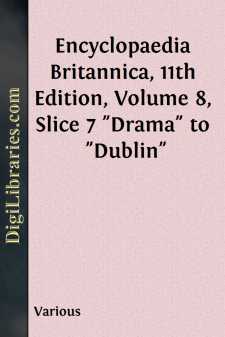 While the scattered and persecuted strollers thus kept alive something of the popularity, if not of the loftier traditions, of their art, neither, on the other hand, was there an utter absence of written compositions to bridge the Ecclesiastical and monastic literary drama. gap between ancient and modern dramatic literature. In the midst of the condemnation with which the Christian Church visited the stage, its professors and votaries, we find individual ecclesiastics resorting in their writings to both the tragic and the comic form of the ancient drama. These isolated productions, which include the Χριστá½€ς πÎ¬σχων (Passion of Christ) formerly attributed to St Gregory Nazianzen, and the Querolus, long fathered upon Plautus himself, were doubtless mostly written for educational purposes—whether Euripides and Lycophron, or Menander, Plautus and Terence, served as the outward models. The same was probably Hrosvitha. the design of the famous “comedies” of Hrosvitha, the Benedictine nun of Gandersheim, in Eastphalian Saxony, which associate themselves in the history of Christian literature with the spiritual revival of the 10th century in the days of Otto the Great. While avowedly imitated in form from the comedies of Terence, these religious exercises derive their themes—martyrdoms, and miraculous or otherwise startling conversions—from the legends of Christian saints. Thus, from perhaps the 9th to the 12th centuries, Germany and France, and through the latter, by means of the Norman Conquest, England, became acquainted with what may be called the literary monastic drama. It was no doubt occasionally performed by the children under the care of monks or nuns, or by the religious themselves; an exhibition of the former kind was that of the Play of St Katharine, acted at Dunstable about the year 1110 in “copes” by the scholars of the Norman Geoffrey, afterwards abbot of St Albans. Nothing is known concerning it except the fact of its performance, which was certainly not regarded as a novelty.

These efforts of the cloister came in time to blend themselves with more popular forms of the early medieval drama. The natural agents in the transmission of these popular forms were those mimes, whom, while the representatives The joculatores, jongleurs, minstrels. of more elaborate developments, the “pantomimes” in particular, had inevitably succumbed, the Roman drama had left surviving it, unextinguished and unextinguishable. Above all, it is necessary to point out how in the long interval now in question—the “dark ages,” which may, from the present point of view, be reckoned from about the 6th to the 11th century—the Latin and the Teutonic elements of what may be broadly designated as medieval “minstrelsy,” more or less imperceptibly, coalesced. The traditions of the disestablished and disendowed mimus combined with the “occupation” of the Teutonic scôp, who as a professional personage does not occur in the earliest Teutonic poetry, but on the other hand is very distinctly traceable under this name or that of the “gleeman,” in Anglo-Saxon literature, before it fell under the control of the Christian Church....