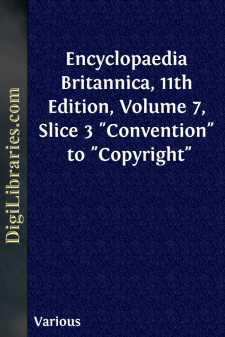 (Lat. _conventio_, an assembly or agreement, from _convenire_, to come together), a meeting or assembly; an agreement between parties; a general agreement on which is based some custom, institution, rule of behaviour or taste, or canon of art; hence extended to the abuse of such an agreement, whereby the rules based upon it become lifeless and artificial. The word is of some interest historically and politically. It is used of an assembly of the representatives of a nation, state or party, and is particularly contrasted with the formal meetings of a legislature. It is thus applied to those parliaments in English history which, owing to the abeyance of the crown, have assembled without the formal summons of the sovereign; in 1660 a convention parliament restored Charles II. to the throne, and in 1689 the Houses of Commons and Lords were summoned informally to a convention by William, prince of Orange, as were the Estates of Scotland, and declared the throne abdicated by James II. and settled the disposition of the realm. Similarly, the assembly which ruled France from September 1792 to October 1795 was known as the National Convention (see below); the statutory assembly of delegates which framed the constitution of the United States of America in 1787 was called the Constitutional Convention; and the various American state constitutions have been drafted and sometimes revised by constitutional conventions. In the party system of the United States the nomination of party candidates for office or election is in the hands of delegates, chosen by the primaries, meeting in the convention of the party; the convention system is universal, from the national conventions of the Republican and Democratic parties, which nominate the candidates for the presidency and vice-presidency, down to a ward convention, which nominates the candidate for a town-councillorship. In diplomacy, “convention” is a general name given to international agreements other than treaties, but not necessarily differing either in form or subject-matter from a treaty, and sometimes used quite widely of all forms of such agreements. Many conventions have been made for the formation of international “unions” to regulate and protect various economic, industrial and other non-political interests, such as postal and telegraphic services, trade-marks, patents, copyright, quarantine, &c. Thus the Latin Monetary Union was created in 1865 by the Convention of Paris, and the abolition of bounties on the production and exportation of sugar by the Convention of Brussels in 1902 (see ).

CONVENTION, THE NATIONAL, in France, the constitutional and legislative assembly which sat from the 20th of September 1792 to the 26th of October 1795 (the 4th of Brumaire of the year IV.). On the 10th of August 1792, when the populace of Paris stormed the Tuileries and demanded the abolition of the monarchy, the Legislative Assembly decreed the provisional suspension of the king and the convocation of a national convention which should draw up a constitution. At the same time it was decided that the deputies to that convention should be elected by all Frenchmen 25 years old, domiciled for a year and living by the product of their labour. The National Convention was therefore the first French assembly elected by universal suffrage, without distinctions of class. The age limit of the electors was further lowered to 21, and that of eligibility was fixed at 25 years.

The first session was held on the 20th of September 1792. The next day royalty was abolished, and on the 22nd it was decided that all documents should be henceforth dated from the year I. of the French Republic. The Convention was destined to last for three years. The country was at war, and it seemed best to postpone the new constitution until peace should be concluded. At the same time as the Convention prolonged its powers it extended them considerably in order to meet the pressing dangers which menaced the Republic. Though a legislative assembly, it took over the executive power, entrusting it to its own members. This “confusion of powers,” which was contrary to the philosophical theories—those of Montesquieu especially—which had inspired the Revolution at first, was one of the essential characteristics of the Convention. The series of exceptional measures by which that confusion of powers was created constitutes the “Revolutionary government” in the strict sense of the word, a government which was principally in vigour during the period called “the Terror.” It is thus necessary to distinguish, in the work of the Convention, the temporary expedients from measures intended to be permanent.

The Convention held its first session in a hall of the Tuileries, then it sat in the hall of Manège, and finally from the 10th of May 1793 in that of the Spectacles (or Machines), an immense hall in which the deputies were but loosely scattered. This last hall had tribunes for the public, which often influenced the debate by interruptions or applause. The full number of deputies was 749, not counting 33 from the colonies, of whom only a section arrived in Paris. Besides these, however, the departments annexed from 1792 to 1795 were allowed to send deputations. Many of the original deputies died or were exiled during the Convention, but not all their places were filled by suppléants. Some of those proscribed during the Terror returned after the 9th of Thermidor. Finally, many members were sent away either to the departments or to the armies, on missions which lasted sometimes for a considerable length of time....