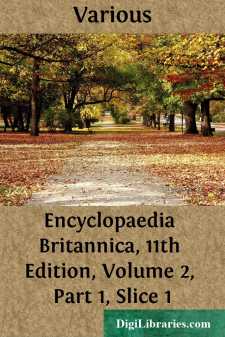 ANDROS, SIR EDMUND (1637-1714), English colonial governor in America, was born in London on the 6th of December 1637, son of Amice Andros, an adherent of Charles I., and the royal bailiff of the island of Guernsey. He served for a short time in the army of Prince Henry of Nassau, and in 1660-1662 was gentleman in ordinary to the queen of Bohemia (Elizabeth Stuart, daughter of James I. of England). He then served against the Dutch, and in 1672 was commissioned major in what is said to have been the first English regiment armed with the bayonet. In 1674 he became, by the appointment of the duke of York (later James II.), governor of New York and the Jerseys, though his jurisdiction over the Jerseys was disputed, and until his recall in 1681 to meet an unfounded charge of dishonesty and favouritism in the collection of the revenues, he proved himself to be a capable administrator, whose imperious disposition, however, rendered him somewhat unpopular among the colonists. During a visit to England in 1678 he was knighted. In 1686 he became governor, with Boston as his capital, of the "Dominion of New England," into which Massachusetts (including Maine), Plymouth, Rhode Island, Connecticut and New Hampshire were consolidated, and in 1688 his jurisdiction was extended over New York and the Jerseys. But his vexatious interference with colonial rights and customs aroused the keenest resentment, and on the 18th of April 1689, soon after news of the arrival of William, prince of Orange, in England reached Boston, the colonists deposed and arrested him. In New York his deputy, Francis Nicholson, was soon afterwards deposed by Jacob Leisler (q.v.); and the inter-colonial union was dissolved. Andros was sent to England for trial in 1690, but was immediately released without trial, and from 1692 until 1698 he was governor of Virginia, but was recalled through the agency of Commissary James Blair (q.v.), with whom he quarrelled. In 1693-1694 he was also governor of Maryland. From 1704 to 1706 he was governor of Guernsey. He died in London in February 1714 and was buried at St. Anne's, Soho.

ANDROS, or ANDRO, an island of the Greek archipelago, the most northerly of the Cyclades, 6 m. S.E. of Euboea, and about 2 m. N. of Tenos; it forms an eparchy in the modern kingdom of Greece. It is nearly 25 m. long, and its greatest breadth is 10 m. Its surface is for the most part mountainous, with many fruitful and well-watered valleys. Andros, the capital, on the east coast, contains about 2000 inhabitants. The ruins of Palaeopolis, the ancient capital, are on the west coast; the town possessed a famous temple, dedicated to Bacchus. The island has about 18,000 inhabitants.

The island in ancient times contained an Ionian population, perhaps with an admixture of Thracian blood. Though originally dependent on Eretria, by the 7th century B.C. it had become sufficiently prosperous to send out several colonies to Chalcidice (Acanthus, Stageirus, Argilus, Sane)....