Elsie Inglis The Woman with the Torch 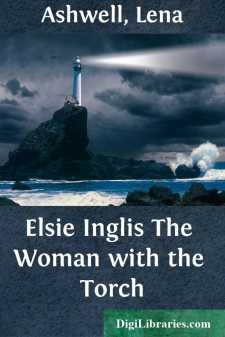 CHAPTER I ELSIE INGLIS The War.

"Elsie Inglis was one of the heroic figures of the war."

"During the whole years of the Suffrage struggle, while the National Union of Women's Suffrage Societies was growing and developing, Dr. Elsie Inglis stood as a tower of strength, and her unbounded energy and unfailing courage helped the cause forward in more ways than she knew. To the London Society she stood out as a supporter of wise councils and bold measures; time after time, in the decisions of the Union, they found themselves by her side, and from England to Scotland they learned to look to her as to a staunch friend.

"Later, when the war transformed the work of the Societies of the Union, they trusted and followed her still, and it is their comfort now to think that in all her time of need it was their privilege to support her."

"We medical women in Scotland will miss her very much, for she was indeed a strong rock amongst us all."

"Those who work in the hospitals she founded and for the Units she commanded, and all who witnessed her labours, feel inspired by her dauntless example. The character of the Happy Warrior was in some measure her character. We reverence her calm fearlessness and forceful energies, her genius for overcoming obstacles, her common sense, her largeness of mind and purpose, and we rejoice in the splendour of her achievements."

"It is not of her great qualities that I think now, but rather that she was such a darling."

"By her knowledge she cured the physical wounds of the Serb soldiers. By her shining face she cured their souls. Silent, busy, smiling—that was her method. She strengthened the faith of her patients in knowledge and in Christianity. Scotland hardly could send to Serbia a better Christian missionary."

As the days pass, bringing the figure of Elsie Inglis into perspective, these true and beautiful pictures of her fall quietly into the background, and one idea begins slowly to emerge and to expand, and to become the most real fact about her. As we follow her outward life and read the writings she left behind her, we come to realize that her greatness lay not so much in the things she achieved as in the hidden power of her spirit. She was a woman of solved problems. The far-reaching qualities of her mind and character are but the outcome of this inward condition.

All men and women have problems; few solve them. The solved problem in any life is the expression of genius, and is the cause of strength and peace in the character.

"It is amazing how sometimes a name begins to shine like a star, and then to glow and glow until it fills the firmament. Such a name is Elsie Inglis."

The London Committee of the N.U.W.S.S.

CHAPTER II THE ROCK FROM WHICH SHE WAS HEWN

"It is not the weariness of mortality, but the Strength of Divinity which we have to recognize in all mighty things."

In the centre stands Elsie Inglis, the "woman of gentle breeding, short of stature, alert, and with the eyes of a seer," and "a smile like sunshine"; and on either side and behind this central figure the stage is crowded with men and women of long ago, the people of her race....