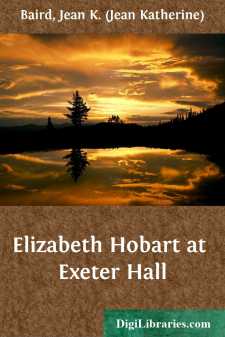 CHAPTER I. PREPARATIONS FOR SCHOOL.

Bitumen was what its name suggested. There was soft coal and smoke everywhere. Each day the clothes on the line were flecked with black. The buildings had the dull, dingy look which soot alone can give. The houses sagged on either side of narrow, unpaved streets, where during a rainy period ducks clattered about with their broods, and a few portly pigs led their shoats for a mud bath.

During a summer shower barefooted urchins waded knee-deep in the gutters, their trousers rolled to their thighs. Irish-Americans shot mud balls at black-eyed Italians; Polanders and Slavs together tried the depths of the same puddles; while the little boys of the Russian Fatherland played in a group by themselves at one end of the square.

The houses were not so much homes as places of shelter. Walls painted red were the popular fancy. Although there was room enough, gardens were unknown, while blooming plants were rare enough to cause comment. Each dooryard had its heap of empty cans and pile of ashes. Ill-kempt women stood idly about the doorways, or sat upon unscrubbed steps with dirty babies in their arms.

Bitumen was not a place of poverty. There was plenty of work for the men, and good wages if they chose to earn them. They lacked nothing to eat or wear. Money, so long as it lasted, was spent with a prodigal hand. The Company store kept nothing too good for their palates. Expensive fruits and early vegetables were in demand. The cheap finery bought for the young folk lasted but a few weeks, and was tossed aside by the next “pay day.”

There was one saloon in the place. It did a thriving business in spite of some unseen influence working against it. Its proprietor was one Dennis O’Day, who held the politics of the little town in his palm. He was a little brighter, a little keener and much more unscrupulous than the other men of the place, but he felt at times the force of some one greater than himself, and it was always directed against his business. He perceived it when he received orders that, in fulfillment of the law, he must remove the blinds before his windows, and keep his place open to the public view. He felt it again when he received a legal notice about free lunches, closing hours, and selling to minors. Never once had he stepped beyond the most rigid observance of the law but he was called to account for it. He knew some keen eye was upon him and some one ready to fight him and his business at every turn.

The great blow came when the Club House was established. An empty store-room had been fitted up with chairs and tables and a supply of books and magazines. Here the boys had the liberty of coming to smoke and talk together while Joe Ratowsky served coffee and sandwiches cheaper than O’Day could sell beer.

It was not Ratowsky’s doings. There was some one else behind the scenes who provided the brains and money to keep the business moving. Dennis O’Day meant to find out who that person was and square accounts with him....