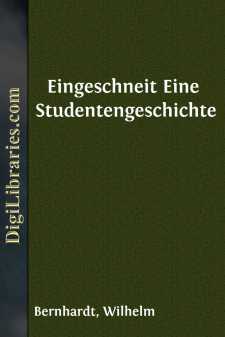 The ranks of those illustrious men who a few decades ago, in war and peace, stood by the side of Emperor Wilhelm I.—of glorious memory—have gradually thinned. On the 9th of November, 1896, another of the few then surviving—Dr. Emil Frommel, Supreme Councillor of the Prussian Consistory, formerly chaplain to the Imperial Court and pastor of the “Garnisonkirche” in Berlin—closed his eyes forever. He was a man whose eminent gifts, both of mind and heart, had been thoroughly tested and fully appreciated not only by his personal friend, the old Emperor, but also by the latter’s son, the noble-hearted and much lamented Friedrich, and his grandson, Wilhelm II., the present shaper of the destiny of the Fatherland. Frommel was a minister of the gospel “by divine grace,” possessed of a deep and unaffected piety and love for mankind, an enrapturing pulpit-orator, a scholar of clear and keen intellect, a man endowed with the purest nobility of soul and intrepid courage, a writer for the masses, in whom the acme of moral gravity appeared felicitously blended with an always present and all refreshing humor, a fervent patriot and accomplished courtier, though far from every courtly flattery and obsequiousness.

Emil Frommel was a native of Southern Germany. Born at Karlsruhe, in the grand-duchy of Baden, on January 5th, 1828, as the son of the director of the ducal art gallery of that place, he devoted himself to the study of theology at the universities of Halle, Erlangen, and Heidelberg. In 1850, he was called as vicar to the village of Alt-Lussheim, near Schwetzingen (Baden), whence four years later he went as vicar to Karlsruhe, his native town. In 1864, he followed a call to Barmen, that great industrial center of Westphalia, and again five years later, he accepted the place as pastor of the “Garnisonkirche” in Berlin. Hardly had he become familiar with his new surroundings, when, in the summer of 1870, the Franco-German war broke out. As a field chaplain he followed the army into France, camping amidst his beloved “blue soldier-boys” during the siege of Strassburg, and preaching to them, after the surrender of that old stronghold, the first German sermon in St. Thomas’ church.—In June, 1871, on the triumphal return of the Berlin garrison, Frommel occupied again the pulpit of the “Garnisonkirche” and delivered in the presence of the Emperor and the allied German sovereigns that memorable sermon in commemoration of the heroic dead. On the occasion of the 150th anniversary of the consecration of the “Garnisonkirche,” he was created chaplain to the Imperial Court.

In an almost daily intercourse with his Imperial master, Frommel soon had completely taken the heart of the affable old hero, whom from 1872 to 1887, year after year, he accompanied to “Wildbad Gastein,” the famous watering place in the Austrian Alps, where in the little Protestant church of that Catholic district the old warrior joined the few Lutheran mountaineers in their devotional exercises, listening to the words of his chaplain, whose sermon he could not afford to miss—as he said—for a single Sunday in the year....