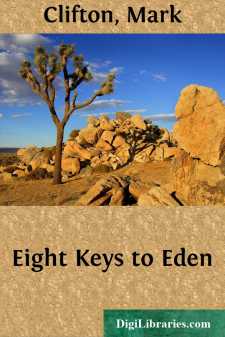 One minute after the regular report call from the planet Eden was overdue, the communications operator summoned his supervisor. His finger hesitated over the key reluctantly, then he gritted his teeth and pressed it down. The supervisor came boiling out of his cubicle, half-running down the long aisle between the forty operators hunched over their panels.

"What is it? What is it?" he quarreled, even before he came to a stop.

"Eden's due. Overdue." The operator tried to make it laconic, but it came out sullen.

The supervisor rubbed his forehead with his knuckles and punched irritably at some buttons on an astrocalculator. An up-to-the-second star map lit up the big screen at the end of the room. He didn't expect there to be any occlusions to interfere with the communications channel. The astrophysicists didn't set up reporting schedules to include such blunders. But he had to check.

He heaved a sigh of exasperation. Trouble always had to come on his shift, never anybody else's.

"Lazy colonists probably neglecting to check in on time," he rationalized cynically to the operator. He rubbed his long nose and hoped the operator would agree that's all it was.

The operator looked skeptical instead.

Eden was still under the first five-year test. Five-year experimental colonists were arrogant, they were zany, they were a lot of things, some unprintable, which qualified them for being test colonizers and nothing else apparently. They were almost as much of a problem as the Extrapolators.

But they weren't lazy. They didn't forget.

"Some fool ship captain has probably messed up communications by inserting a jump band of his own." The supervisor hopefully tried out another idea. Even to him it sounded weak. A jump band didn't last more than an instant, and no ship captain would risk his license by using the E frequency, anyway.

He looked hopefully down the long room at the bent heads of the other operators at their panels. None was signaling an emergency to draw him away from this; give him an excuse to leave in the hope the problem would have solved itself by the time he could get back to it. He chewed on a knuckle and stared angrily at the operator who was sitting back, relaxed, looking at him, waiting.

"You sure you're tuned to the right frequency for Eden?" the supervisor asked irritably. "You sure your equipment is working?"

The operator pulled a wry mouth, shrugged, and didn't bother to answer with more than a nod. He allowed a slight expression of contempt for supervisors who asked silly questions to show. He caught the surreptitious wink of the operator at the next panel, behind the supervisor's back. The disturbance was beginning to attract attention. In response to the wink he pulled the dogged expression of the unjustly nagged employee over his features.

"Well, why don't you give Eden an alert, then!" the supervisor muttered savagely. "Blast them out of their seats. Make 'em get off their—their pants out there!"

The operator showed an expression which plainly said it was about time, and reached over to press down the emergency key. He held it down. Eleven light-years away, if one had to depend upon impossibly slow three-dimensional space time, a siren which could be heard for ten miles in Eden's atmosphere should be blaring.

The supervisor stood and watched while he transferred the gnawing at his knuckles to his fingernails....