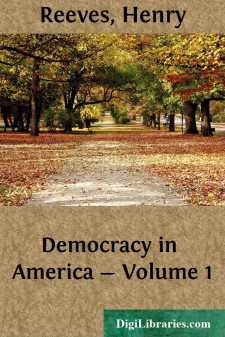 In the eleven years that separated the Declaration of the Independence of the United States from the completion of that act in the ordination of our written Constitution, the great minds of America were bent upon the study of the principles of government that were essential to the preservation of the liberties which had been won at great cost and with heroic labors and sacrifices. Their studies were conducted in view of the imperfections that experience had developed in the government of the Confederation, and they were, therefore, practical and thorough.

When the Constitution was thus perfected and established, a new form of government was created, but it was neither speculative nor experimental as to the principles on which it was based. If they were true principles, as they were, the government founded upon them was destined to a life and an influence that would continue while the liberties it was intended to preserve should be valued by the human family. Those liberties had been wrung from reluctant monarchs in many contests, in many countries, and were grouped into creeds and established in ordinances sealed with blood, in many great struggles of the people. They were not new to the people. They were consecrated theories, but no government had been previously established for the great purpose of their preservation and enforcement. That which was experimental in our plan of government was the question whether democratic rule could be so organized and conducted that it would not degenerate into license and result in the tyranny of absolutism, without saving to the people the power so often found necessary of repressing or destroying their enemy, when he was found in the person of a single despot.

When, in 1831, Alexis de Tocqueville came to study Democracy in America, the trial of nearly a half-century of the working of our system had been made, and it had been proved, by many crucial tests, to be a government of "liberty regulated by law," with such results in the development of strength, in population, wealth, and military and commercial power, as no age had ever witnessed.

De Tocqueville had a special inquiry to prosecute, in his visit to America, in which his generous and faithful soul and the powers of his great intellect were engaged in the patriotic effort to secure to the people of France the blessings that Democracy in America had ordained and established throughout nearly the entire Western Hemisphere. He had read the story of the French Revolution, much of which had been recently written in the blood of men and women of great distinction who were his progenitors; and had witnessed the agitations and terrors of the Restoration and of the Second Republic, fruitful in crime and sacrifice, and barren of any good to mankind.

He had just witnessed the spread of republican government through all the vast continental possessions of Spain in America, and the loss of her great colonies....