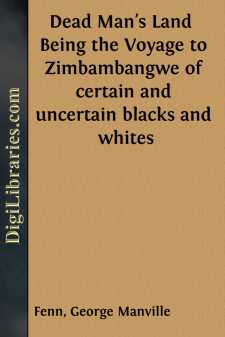 “You there, father! I did not hear you come in.”

Doctor Robertson, tutor, half rose from his seat by the glowing library fire.

“Why, uncle, you have been sitting there listening!” cried Dean.

“To be sure I have. How could I help it, sir? I came in tired, and thought I would have a nap in my own chair till it was time to change for dinner, and you woke me up out of a pleasant dream which somehow shaped itself into climbing with an ice axe and nearly losing it. It was some time before I could make out whether I was really awake or dreaming still, and I lay listening and getting more and more interested in what the doctor described to you two stupid boys.”

“What, sir!” cried Sir James Roche hotly. “And pray why shouldn’t I have listened?”

“Well, Dr Robertson said something to us boys one day about what he called eavesdropping.”

“Tut, tut, sir!” cried the boy’s father irascibly. “You dare to tell me I was eavesdropping, when you three come in from your walk, and plump yourselves down at the end of the room and go on talking till you wake me up? How could I help being interested and sitting back listening to the doctor’s travels? Don’t I pay him to teach you boys a lot of his knowledge, and if by accident I hear some of what he says, haven’t I a right to it?”

“And you have heard all I have said, sir?” said the doctor, speaking as if he were moved.

“Yes, my dear sir, everything when once I was well awake, and very fine it was. Why, Mark—Dean—didn’t I suggest that I should like to hear some more?”

“What, sir? Are you siding with Mark, and going to accuse your uncle of being an eavesdropper?”

“Bah! Pooh! Well, really, doctor, I suppose I ought to have spoken when I woke up, and put you all on your guard in case you might have— Here, what does the old proverb say? ‘Listeners never hear any good of themselves.’ Of course you might have said—you, Mark, boy, I mean—said that I was a stingy old fellow and didn’t allow you enough pocket money.”

“Good boy! But I do allow you, sir, twice as much as my father used to allow me when I was your age. And then Dean might have followed it up by talking about my temper.”

“Ah, I don’t know, sir. I am what Mrs Blinks calls a bit trying when my gout’s bad. And then I might have heard the doctor say—oh, no, he would say nothing but what would come from a gentleman.”

“Thank you, sir,” said the doctor, as he stood erect now, and his words were followed by a low sigh as if of satisfaction....