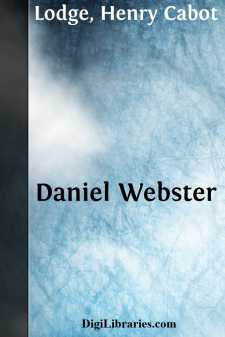 CHAPTER I. CHILDHOOD AND YOUTH.

No sooner was the stout Puritan Commonwealth of Massachusetts firmly planted than it began rapidly to throw out branches in all directions. With every succeeding year the long, thin, sinuous line of settlements stretched farther and farther away to the northeast, fringing the wild shores of the Atlantic with houses and farms gathered together at the mouths or on the banks of the rivers, and with the homes of hardy fishermen which clustered in little groups beneath the shelter of the rocky headlands. The extension of these plantations was chiefly along the coast, but there was also a movement up the river courses toward the west and into the interior. The line of northeastern settlements began first to broaden in this way very slowly but still steadily from the plantations at Portsmouth and Dover, which were nearly coeval with the flourishing towns of the Bay. These settlements beyond the Massachusetts line all had one common and marked characteristic. They were all exposed to Indian attack from the earliest days down to the period of the Revolution. Long after the dangers of Indian raids had become little more than a tradition to the populous and flourishing communities of Massachusetts Bay, the towns and villages of Maine and New Hampshire continued to be the outposts of a dark and bloody border land. French and Indian warfare with all its attendant horrors was the normal condition during the latter part of the seventeenth and the first quarter of the eighteenth century. Even after the destruction of the Jesuit missions, every war in Europe was the signal for the appearance of Frenchmen and savages in northeastern New England, where their course was marked by rapine and slaughter, and lighted by the flames of burning villages. The people thus assailed were not slow in taking frequent and thorough vengeance, and so the conflict, with rare intermissions, went on until the power of France was destroyed, and the awful danger from the north, which had hung over the land for nearly a century, was finally extinguished.

The people who waged this fierce war and managed to make headway in despite of it were engaged at the same time in a conflict with nature which was hardly less desperate. The soil, even in the most favored places, was none of the best, and the predominant characteristic of New Hampshire was the great rock formation which has given it the name of the Granite State. Slowly and painfully the settlers made their way back into the country, seizing on every fertile spot, and wringing subsistence and even a certain prosperity from a niggardly soil and a harsh climate. Their little hamlets crept onward toward the base of those beautiful hills which have now become one of the favorite play-grounds of America, but which then frowned grimly even in summer, dark with trackless forests, and for the larger part of the year were sheeted with the glittering, untrampled snow from which they derive their name. Stern and strong with the force of an unbroken wilderness, they formed at all times a forbidding background to the sparse settlements in the valleys and on the seashore....