Cuba Its Past, Present, and Future 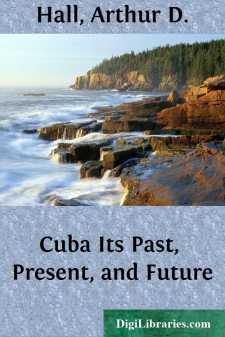 CHAPTER I. DISCOVERY AND EARLY HISTORY.

"The goodliest land that eye ever saw, the sweetest thing in the world."

Such was Columbus' opinion of Cuba, just after he first beheld it, and, after the lapse of four hundred years, the words, making due allowance for the hyperbole of enthusiasm, still hold good. And this, too, in spite of all the trials and tribulations which the fair "Pearl of the Antilles" has been forced to undergo at the hands of her greedy and inhuman masters.

The eyes of all the world are now upon this indescribably beautiful and fertile country. Like Andromeda, she has been shuddering and gasping in the power of a monster, but at last a Perseus has come to her rescue. Somewhat tardily perhaps the United States, united now in every meaning of the word, has from pure philanthropy embraced her cause—the United States whose watchword, with a sturdy hatred of the oppressor, has ever been and always will be "freedom." The star of hope, symbolized by the lone star upon the Cuban flag, and so long concealed by gloomy, threatening clouds, is now shining clear and bright; and all civilization is waiting with happy confidence for the day, God willing not far distant, when "Cuba Libre" shall be not only an article of creed, but an established fact.

The island of Cuba, the largest and richest of the West Indian Islands, and up to the present the most important of Spain's colonial possessions, not so vast as they once were but still of no inconsiderable value, was discovered by Columbus during his first voyage to the far west.

For many centuries, even back to the time of Solomon, the chief object of explorers had been a discovery of a passage to India and the fabulous wealth of the East. In the thirteenth century, Marco Polo, the famous Venetian explorer, went far beyond any of his predecessors and succeeded in reaching Pekin. He also heard of another empire which was called Zipangri, the same that we now know as Japan. When he returned and published what we are sorry to say was none too veracious an account, Polo being only too ready to draw upon his imagination, other nations were fired by emulation.

The Portuguese were the first to achieve any positive result. Early in the fifteenth century, inspired by an able and enterprising sovereign, they doubled Cape Non, discovered Madeira, occupied the Azores and reached the Senegal and the Cape Verde Islands. In 1486, Bartholomew Diaz sighted the Cape of Good Hope, which some ten years later Vasco da Gama, the most famous of all Portuguese explorers, rounded, and then proceeded some distance toward India.

It was after hearing the wonderful tales of these explorers that Columbus became inspired with the idea of sailing westward on the unknown waters, expecting thus to reach India. After untold discouragements, and finally by the generosity of Queen Isabella, who was brought to believe in his conjectures, he set sail from Palos, August 3, 1492, with three small vessels manned by about ninety sailors. The following 12th of October he first sighted the western hemisphere, which, however, he thought to be Asia, and by the way, lived and died in that belief. This land was one of the Bahama Islands, called by the natives Guanahani, but christened by Columbus as San Salvador. It is now known as Cat Island.

The 28th of the same month Columbus discovered Cuba, entering the mouth of a river in what he believed to be that "great land," of which he had heard so much.

From the very beginning, it was as it has existed to the present day—the Spaniards looked for gold and were determined to exploit their new possessions to the very last peseta that could be wrung from them.

The island was first called Juana, in honor of Prince John, son of Ferdinand and Isabella; but, after Ferdinand's death, it received the name of Fernandina. Subsequently, it was designated, after Spain's patron saint, Santiago, and still later Ave Maria, in honor of the Virgin.

Finally it received its present name, the one originally bestowed upon it by the natives. Cuba means "the place of gold," and Spain has constantly kept this in mind, both theoretically and practically....