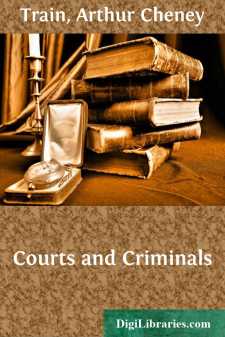 CHAPTER I. The Pleasant Fiction of the Presumption of Innocence

There was a great to-do some years ago in the city of New York over an ill-omened young person, Duffy by name, who, falling into the bad graces of the police, was most incontinently dragged to headquarters and "mugged" without so much as "By your leave, sir," on the part of the authorities. Having been photographed and measured (in most humiliating fashion) he was turned loose with a gratuitous warning to behave himself in the future and see to it that he did nothing which might gain him even more invidious treatment.

Now, although many thousands of equally harmless persons had been similarly treated, this particular outrage was made the occasion of a vehement protest to the mayor of the city by a certain member of the judiciary, who pointed out that such things in a civilized community were shocking beyond measure, and called upon the mayor to remove the commissioner of police and all his staff of deputy commissioners for openly violating the law which they were sworn to uphold. But, the commissioner of police, who had sometimes enforced the penal statutes in a way to make him unpopular with machine politicians, saw nothing wrong in what he had done, and, what was more, said so most outspokenly. The judge said, "You did," and the commissioner said, "I didn't." Specifically, the judge was complaining of what had been done to Duffy, but more generally he was charging the police with despotism and oppression and with systematically disregarding the sacred liberties of the citizens which it was their duty to protect.

Accordingly the mayor decided to look into the matter for himself, and after a lengthy investigation came to the alleged conclusion that the "mugging" of Duffy was a most reprehensible thing and that all those who were guilty of having any part therein should be instantly removed from office. He, therefore, issued a pronunciamento to the commissioner demanding the official heads of several of his subordinates, which order the commissioner politely declined to obey. The mayor thereupon removed him and appointed a successor, ostensibly for the purpose of having in the office a man who should conduct the police business of the city with more regard for the liberties of the inhabitants thereof. The judge who had started the rumpus expressed himself as very much pleased and declared that now at last a new era had dawned wherein the government was to be administered with a due regard for law.

Now, curiously enough, although the judge had demanded the removal of the commissioner on the ground that he had violated the law and been guilty of tyrannous and despotic conduct, the mayor had ousted him not for pursuing an illegal course in arresting and "mugging" a presumptively innocent man (for illegal it most undoubtedly was), but for inefficiency and maladministration in his department.

Said the mayor in his written opinion:

"After thinking over this matter with the greatest care, I am led to the conclusion that as mayor of the city of New York I should not order the police to stop taking photographs of people arrested and accused of crime or who have been indicted by grand juries....