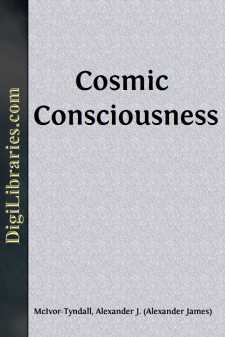 CHAPTER I THE NEW BIRTH: WHAT IT IS: INSTANCES DESCRIBED

The chief difference between the religions and the philosophies of the Orient and those of the Occident, lies in the fact that the Oriental systems, methods, and practices, emphasize the assumption that the goal of these efforts, is attainable at any moment, as it were.

That is, Oriental religion—speaking in the broad sense—teaches that the disciple need not wait for the experience called death to liberate the Self, the atman, from the enchantment or delusion, the maya, of the external world. Indeed, the Oriental devotee well knows that physical death, mrityu, is not a guarantee of liberation; does not necessarily bring with it immortality.

He well recognizes that physical death is but a procedure in existence. Death does not of itself, change the condition of maya, in which the disciple is bound until such a time, as he has earned liberation—mukti, which condition may be defined as immunity from further incarnation.

Immortality is our rightful heritage but it must be claimed,—yea, it must be earned.

It is a mistake to imagine that death makes man immortal. Immortality is an attribute of the gods. But since all souls possess a spark of the divine essence of Brahman (The Absolute), mukti may be attained by earnest seeking, and thus immortality be realized.

This condition of awakening, is variously named among Oriental sages and chelas, such for instance as glimpsing the Brahmic splendor; mutki; samadhi; moksha; entering Nirvana; becoming "twice-born."

In recent years there have come to light in the Occident a number of instances of the attainment of this state, and these have been described as "cosmic consciousness;" "illumination;" "liberation;" the "baptism of the Holy Ghost;" and becoming "immersed in the great white light."

Baptism, which is a ceremony very generally incorporated into religious systems, is a symbol of this esoteric truth, namely the necessity for Illumination in order that the soul may be "saved" from further incarnations—from further experience.

The term cosmic consciousness as well describes this condition of the disciple, as any words can, perhaps, although the term liberation is more literal, since the influx of this state of being, is actually the liberation of the atman, the eternal Self, from the illusion of the external, or maya.

Contrary to the general belief, instances of cosmic consciousness are not extremely rare, although they are not at all general. Particularly is this true in the Orient, where the chief concern as it were, of the people has for centuries been the realization of this state of liberation.

The Oriental initiate in the study of religious practices, realizes that these devotions are for the sole purpose of attaining mukti, whereas in the Occident, the very general idea held by the religious devotee, is one of penance; of propitiation of Deity. This truth applies essentially to the initiate, the aspirant for priesthood, or guru-ship. No qualified priest or guru of the Orient harbors any doubt regarding the object, or purpose of religious practices....