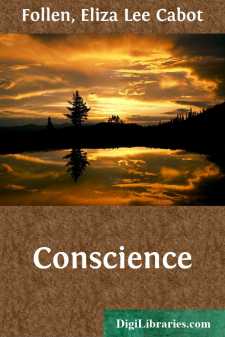 The short wintry days were beginning to lengthen, the sun rose earlier and staid up longer. Now and then a bluebird was heard twittering a welcome to the coming spring. As for the robins, they were as pert and busy as usual. The little streams were beginning to find their way out of their icy prison slowly and with trembling, as if they feared old winter might take a step and catch them, and pinch them all up again.

Frank and Harry were sorry to see their snow man growing smaller and smaller every day; from being a large, portly gentleman, he was shrunk into a thin, shabby, ugly-looking fellow. His strong arms were about falling to the ground; his fat nose had entirely disappeared, and his mouth had grown so big that you might look down his great throat, and see the place where one of the boys used to go in to make his snowship talk. Frank and Harry loved all their winter amusements, and were loath to give up skating, sliding, and coasting, and above all, snowballing. Yet the boys enjoyed the lengthening twilight—-the hour their mother devoted to them.

"Will you please to give me two cents, Mother?" said Frank, one day.

"What are you both going to do with chalk?" asked their mother. They were silent. She asked again, but they made no reply. "I cannot give you the money till you tell me what you want of the chalk. Why are you not willing that I should know?"

The boys continued silent for a short time, and then Frank said, "I am afraid that, if you know what we are going to do with the chalk, you will not let us have the money."

"Then," replied their mother, "you think what you want to do is wrong. I, perhaps, ought to insist upon your telling me what you want of the chalk. I love to give you every innocent pleasure, and what is right for you to do I think I may know about. However, if you will assure me it is for nothing wrong that you want the chalk, I will ask no more questions, and give you the money."

"We do not mean to do any great harm with it," said Harry. "Still I am afraid you will not quite like to have us do it, mothers are so much more particular than boys, you know."

"Try and see if we disagree about this matter," said their mother.

"Shall I tell?" said Harry to Frank.

"Yes," he replied. "It is no such dreadful affair. Let's tell mother all about it. You know, she said the other day that she remembered when she was a boy."

They all laughed at this often quoted blunder, and Harry began: "You see, Mother, that yesterday John Green contrived, while we were in school, and engaged in doing our lessons, to make a great B on Frank's and my back, with a piece of chalk. John is a good hand at such things, and he did it so nicely, that the master did not see him, and neither of us saw the B on the other. When we went out to play, all the boys cried out, "B for blockhead, B for blunderbuss, B for booby," and so on, ever so many other names beginning with B, and kept pointing at us. At last, I saw Frank's mark, and he saw mine. I can tell you we were both angry enough. Now we want to be revenged on John Green, and have a capital plan. You see he will be on his guard, and we must be very cunning. To-morrow is exhibition day, and he will have on his best dark-green jacket, and Frank and I are to sit one on each side of him. You see he is really a dunce about every thing but playing tricks; and, when he is asked a question, he will be scared out of his senses, and not know what to say....