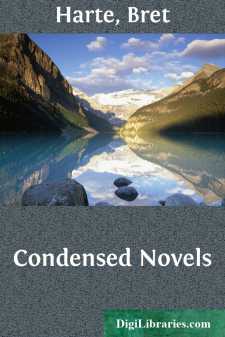 The Dodds were dead. For twenty year they had slept under the green graves of Kittery churchyard. The townfolk still spoke of them kindly. The keeper of the alehouse, where David had smoked his pipe, regretted him regularly, and Mistress Kitty, Mrs. Dodd's maid, whose trim figure always looked well in her mistress's gowns, was inconsolable. The Hardins were in America. Raby was aristocratically gouty; Mrs. Raby, religious. Briefly, then, we have disposed of—

3. Raby, baron et femme. (Yet I don't know about the former; he came of a long-lived family, and the gout is an uncertain disease.)

We have active at the present writing (place aux dames)—

Sequitur to the above, A HERO AND HEROINE.

On the death of his parents, Faraday Little was taken to Raby Hall. In accepting his guardianship, Mr. Raby struggled stoutly against two prejudices: Faraday was plain-looking and sceptical.

"Handsome is as handsome does, sweetheart," pleaded Jael, interceding for the orphan with arms that were still beautiful. "Dear knows, it is not his fault if he does not look like—his father," she added with a great gulp. Jael was a woman, and vindicated her womanhood by never entirely forgiving a former rival.

"It's not that alone, madam," screamed Raby, "but, d—m it, the little rascal's a scientist,—an atheist, a radical, a scoffer! Disbelieves in the Bible, ma'am; is full of this Darwinian stuff about natural selection and descent. Descent, forsooth! In my day, madam, gentlemen were content to trace their ancestors back to gentlemen, and not to—monkeys!"

"Clever!" roared Raby; "what does a gentleman want with cleverness?"

Young Little WAS clever. At seven he had constructed a telescope; at nine, a flying-machine. At ten he saved a valuable life.

Norwood Park was the adjacent estate,—a lordly domain dotted with red deer and black trunks, but scrupulously kept with gravelled roads as hard and blue as steel. There Little was strolling one summer morning, meditating on a new top with concealed springs. At a little distance before him he saw the flutter of lace and ribbons. A young lady, a very young lady,—say of seven summers,—tricked out in the crying abominations of the present fashion, stood beside a low bush. Her nursery-maid was not present, possibly owing to the fact that John the footman was also absent.

Suddenly Little came towards her. "Excuse me, but do you know what those berries are?" He was pointing to the low bush filled with dark clusters of shining—suspiciously shining—fruit.

"Certainly; they are blueberries."

"Pardon me; you are mistaken. They belong to quite another family."

Miss Impudence drew herself up to her full height (exactly three feet nine and a half inches), and, curling an eight of an inch of scarlet lip, said, scornfully....