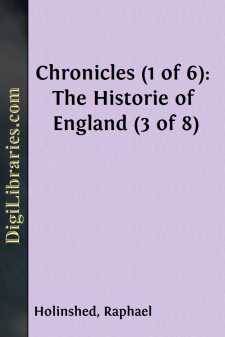 MULMUCIUS. Matth. West. Polyd. Now to proceede with the aforesaid authors, Mulmucius DunwallГ…ВЌ, or as other saie Dunuallo Mulmucius, the sonne of Cloton (as testifieth th'english chronicle and also Geffrey of Monmouth) got the vpper hand of the other dukes or rulers: and after his fathers deceasse began his reigne ouer the whole monarchie of Britaine, in the yéere of the world 3529, after the building of Rome 314, and after the deliuerance of the Israelites out of captiuitie 97, and about the 26 yéere of Darius Artaxerxes Longimanus, the fift king of the Persians. This Mulmucius Dunuallo is named in the english chronicle Donebant, and prooued a right worthie prince. He builded within the citie of London then called Troinouant, Fabian. See more in the description. a temple, and named it the temple of peace: the which (as some hold opinion, I wote not vpon what ground) was the same which now is called Blackwell hall, where the market for buieng and selling of cloths is kept. The chronicle of England affirmeth, that Mulmucius Malmesburie and the Vies built.Matth. West. Lawes made. (whome the old booke nameth Molle) builded the two townes Malmesburie and the Vies. He also made manie good lawes, which were long after vsed, called Mulmucius lawes, turned out of the British spéech into the Latine by Gildas Priscus, and long time after translated out of latine into english by Alfred king of England, and mingled in his statutes. He moreouer gaue priuileges to temples, to plowes, to cities, and to high waies leading to the same, so that whosoeuer fled to them, should be in safegard from bodilie harme, and from Caxton and Polychron. thence he might depart into what countrie he would, with indemnitie of his person. Some authors write, that he began to make the foure great high waies of Britaine, the which were finished by his sonne Blinus, as after shall be declared.

The first king that was crowned with a golden crowne. After he had established his land, and set his Britains in good and conuenient order, he ordeined him by the aduise of his lords a crowne of gold, & caused himselfe with great solemnitie to be crowned, according to the custome of the pagan lawes then in vse: & bicause he was the first that bare a crowne héere in Britaine, after the opinion of some writers, he is named the first king of Britaine, and all the other before rehearsed are named rulers, dukes, or gouernors.

Polyd. Weights and measures. Amongst other of his ordinances, he appointed weights and measures, with the which men should buy and sell. And further he deuised sore and streight orders for the punishing Theft punished. Fabian. of theft. Finallie, after he had guided the land by the space of fortie yéeres, he died, and was buried in the foresaid temple of peace which he had erected within the citie of Troinouant now called London, as before ye haue heard, appointing in his life time, that his [Page 452] kingdome should be diuided betwixt his two sonnes, Brennus and Belinus (as some men doo coniecture.)

The ioint-gouernment of Belinus and Brennus the two sonnes of Mulmucius, their discontentment, the stratagems of the one against the other, the expulsion of Brennus out of Britaine.