Christopher Columbus and the New World of His Discovery - Volume 4 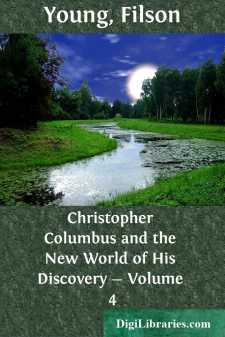 THE HOUR OF TRIUMPH

From the moment when Columbus set foot on Spanish soil in the spring of 1493 he was surrounded by a fame and glory which, although they were transient, were of a splendour such as few other men can have ever experienced. He had not merely discovered a country, he had discovered a world. He had not merely made a profitable expedition; he had brought the promise of untold wealth to the kingdom of Spain. He had not merely made himself the master of savage tribes; he had conquered the supernatural, and overcome for ever those powers of darkness that had been thought to brood over the vast Atlantic. He had sailed away in obscurity, he had returned in fame; he had departed under a cloud of scepticism and ridicule, he had come again in power and glory. He had sailed from Palos as a seeker after hidden wealth, hidden knowledge; he returned as teacher, discoverer, benefactor. The whole of Spain rang with his fame, and the echoes of it spread to Portugal, France, England, Germany, and Italy; and it reached the ears of his own family, who had now left the Vico Dritto di Ponticello in Genoa and were living at Savona.

His life ashore in the first weeks following his return was a succession of triumphs and ceremonials. His first care on landing had been to go with the whole of his crew to the church of Saint George, where a Te Deum was sung in honour of his return; and afterwards to perform those vows that he had made at sea in the hour of danger. There was a certain amount of business to transact at Palos in connection with the paying of the ships' crews, writing of reports to the Sovereigns, and so forth; and it is likely that he stayed with his friends at the monastery of La Rabida while this was being done. The Court was at Barcelona; and it was probably only a sense of his own great dignity and importance that prevented Christopher from setting off on the long journey immediately. But he who had made so many pilgrimages to Court as a suitor could revel in a position that made it possible for him to hang back, and to be pressed and invited; and so when his business at Palos was finished he sent a messenger with his letters and reports to Barcelona, and himself, with his crew and his Indians and all his trophies, departed for Seville, where he arrived on Palm Sunday.

His entrance into that city was only a foretaste of the glory in which he was to move across the whole of Spain. He was met at the gates of the city by a squadron of cavalry commanded by an envoy sent by Queen Isabella; and a procession was formed of members of the crew carrying parrots, alive and stuffed, fruits, vegetables, and various other products of the New World.

In a prominent place came the Indians, or rather four of them, for one had died on the day they entered Palos and three were too ill to leave that town; but the ones that took part in the procession got all the more attention and admiration. The streets of Seville were crowded; crowded also were the windows, balconies, and roofs....