Christopher Columbus and the New World of His Discovery - Volume 2 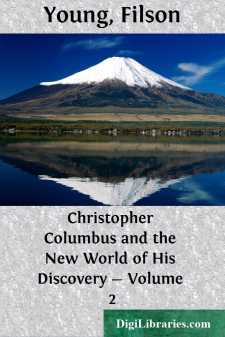 WANDERINGS WITH AN IDEA

The man to whom Columbus proposed to address his request for means with which to make a voyage of discovery was no less a person than the new King of Portugal. Columbus was never a man of petty or small ideas; if he were going to do a thing at all, he went about it in a large and comprehensive way; and all his life he had a way of going to the fountainhead, and of making flights and leaps where other men would only climb or walk, that had much to do with his ultimate success. King John, moreover, had shown himself thoroughly sympathetic to the spirit of discovery; Columbus, as we have seen, had already been employed in a trusted capacity in one of the royal expeditions; and he rightly thought that, since he had to ask the help of some one in his enterprise, he might as well try to enlist the Crown itself in the service of his great Idea. He was not prepared, however, to go directly to the King and ask for ships; his proposal would have to be put in a way that would appeal to the royal ambition, and would also satisfy the King that there was really a destination in view for the expedition. In other words Columbus had to propose to go somewhere; it would not do to say that he was going west into the Atlantic Ocean to look about him. He therefore devoted all his energies to putting his proposal on what is called a business footing, and expressing his vague, sublime Idea in common and practical terms.

The people who probably helped him most in this were his brother Bartholomew and Martin Behaim, the great authority on scientific navigation, who had been living in Lisbon for some time and with whom Columbus was acquainted. Behaim, who was at this time about forty eight years of age, was born at Nuremberg, and was a pupil of Regiomontanus, the great German astronomer. A very interesting man, this, if we could decipher his features and character; no mere star-gazing visionary, but a man of the world, whose scientific lore was combined with a wide and liberal experience of life. He was not only learned in cosmography and astronomy, but he had a genius for mechanics and made beautiful instruments; he was a merchant also, and combined a little business with his scientific travels. He had been employed at Lisbon in adapting the astrolabe of Regiomontanus for the use of sailors at sea; and in these labours he was assisted by two people who were destined to have a weighty influence on the career of Columbus—Doctors Rodrigo and Joseph, physicians or advisers to the King, and men of great academic reputation. There was nothing known about cosmography or astronomy that Behaim did not know; and he had just come back from an expedition on which he had been despatched, with Rodrigo and Joseph, to take the altitude of the sun in Guinea.

Columbus was not the man to neglect his opportunities, and there can be no doubt that as soon as his purpose had established itself in his mind he made use of every opportunity that presented itself for improving his meagre scientific knowledge, in order that his proposal might be set forth in a plausible form....