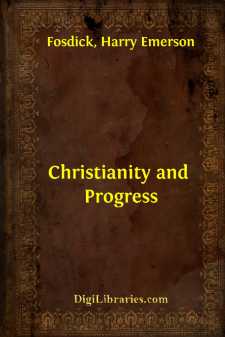 The late Colonel E. W. Cole of Nashville, Tennessee, donated to Vanderbilt University the sum of five thousand dollars, afterwards increased by Mrs. E. W. Cole to ten thousand, the design and conditions of which gift are stated as follows:

"The Object of this fund is to establish a foundation for a perpetual Lectureship in connection with the School of Religion of the University, to be restricted in its scope to a defense and advocacy of the Christian religion. The lectures shall be delivered at such intervals, from time to time, as shall be deemed best by the Board of Trust; and the particular theme and lecturer will be determined by the Theological Faculty. Said lecture shall always be reduced to writing in full, and the manuscript of the same shall be the property of the University, to be published or disposed of by the Board of Trust at its discretion, the net proceeds arising therefrom to be added to the foundation fund, or otherwise used for the benefit of the School of Religion."

No one who ever has delivered the Cole Lectures will fail to associate them, in his grateful memory, with the hospitable fellowship of the elect at Vanderbilt University. My first expression of thanks is due to the many professors and students there, lately strangers and now friends, who, after the burdensome preparation of these lectures, made their delivery a happy and rewarding experience for the lecturer. I am hoping now that even though prepared for spoken address the lectures may be serviceable to others who will read instead of hear them. At any rate, it seemed best to publish them without change in form—addresses intended for public delivery and bearing, I doubt not, many marks of the spoken style.

I have tried to make a sally into a field of inquiry where, within the next few years, an increasing company of investigators is sure to go. The idea of progress was abroad in the world long before men became conscious of it; and men became conscious of it in its practical effects long before they stopped to study its transforming consequences in their philosophy and their religion. No longer, however, can we avoid the intellectual issue which is involved in our new outlook upon a dynamic, mobile, progressive world. Hardly a better description could be given of the intellectual advance which has marked the last century than that which Renan wrote years ago: "the substitution of the category of becoming for being, of the conception of relativity for that of the absolute, of movement for immobility." [1] Underneath all other problems which the Christian Gospel faces is the task of choosing what her attitude shall be toward this new and powerful force, the idea of progress, which in every realm is remaking man's thinking.

I have endeavoured in detail to indicate my indebtedness to the many books by whose light I have been helped to see my way. In addition I wish to express especial thanks to my friend and colleague, Professor Eugene W. Lyman, who read the entire manuscript to my great profit; and, as well, to my secretary, Miss Margaret Renton, whose efficient service has been an invaluable help....