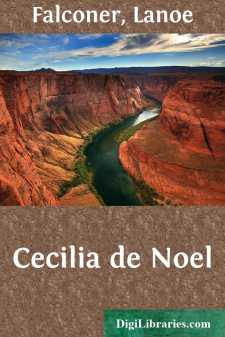 "There is no revelation but that of science," said Atherley.

It was after dinner in the drawing-room. From the cold of the early spring night, closed shutters and drawn curtains carefully protected us; shaded lamps and a wood fire diffused an exquisite twilight; we breathed a mild and even balmy atmosphere scented with hothouse flowers.

"And this revelation completely satisfies all reasonable desires," he continued, surveying his small audience from the hearthrug where he stood; "mind, I say all reasonable desires. If you have a healthy appetite for bread, you will get it and plenty of it, but if you have a sickly craving for manna, why then you will come badly off, that is all. This is the gospel of fact, not of fancy: of things as they actually are, you know, instead of as A dreamt they were, or B decided they ought to be, or C would like to have them. So this gospel is apt to look a little dull beside the highly coloured romances the churches have accustomed us to—as a modern plate-glass window might, compared with a stained-glass oriel in a mediæval cathedral. There is no doubt which is the prettier of the two. The question is, do you want pretty colour or do you want clear daylight?" He paused, but neither of his listeners spoke. Lady Atherley was counting the stitches of her knitting; I was too tired; so he resumed: "For my part, I prefer the daylight and the glass, without any daubing. What does science discover in the universe? Precision, accuracy, reliability—any amount of it; but as to pity, mercy, love! The fact is, that famous simile of the angel playing at chess was a mistake. Very smart, I grant you, but altogether misleading. Why! the orthodox quote it as much as the others—always a bad sign. It tickles these anthropomorphic fancies, which are at the bottom of all their creeds. Imagine yourself playing at chess, not with an angel, but with an automaton, an admirably constructed automaton whose mechanism can outwit your brains any day: calm and strong, if you like, but no more playing for love than the clock behind me is ticking for love; there you have a much clearer notion of existence. A much clearer notion, and a much more satisfactory notion too, I say. Fair play and no favour! What more can you ask, if you are fit to live?"

His kindling glance sought the farther end of the long drawing-room; had it fallen upon me instead, perhaps that last challenge might have been less assured; and yet how bravely it became the speaker, whose wide-browed head a no less admirable frame supported. Even the stiff evening uniform of his class could not conceal the grace of form which health and activity had moulded, working through highly favoured generations. There was latent force implied in every line of it, and, in the steady poise of look and mien, that perfect nervous balance which is the crown of strength.

"And with our creed, of course, we shift our moral code as well. The ten commandments, or at least the second table, we retain for obvious reasons, but the theological virtues must be got rid of as quickly as possible....