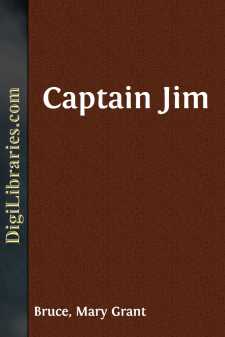 They were sitting on little green chairs in Hyde Park. Not far off swirled the traffic of Piccadilly; glancing across to Hyde Park Corner, they could see the great red motor-'buses, meeting, halting, and then rocking away in different directions, hooting as they fled. The roar of London was in their ears.

It was a sunny morning in September. The Park was dotted in every direction with shining perambulators, propelled by smart nurses in uniform, and tenanted by proud little people, fair-haired and rosy, and extremely cheerful. Wally liked the Park babies. He referred to them collectively as "young dukes."

"They all look so jolly well tubbed, don't they?" he remarked, straying from the subject in hand. "Might be soap advertisements. Look, there's a jolly little duke in that gorgeous white pram, and a bigger sized duke trotting alongside, with a Teddy-bear as big as himself. Awful nice kids." He smiled at the babies in the way that made it seem ridiculous that he should be grown-up and in uniform.

"They can't both be dukes," said Jim literally. "Can't grow more than one in a family; at least not at the same time, I believe."

"Oh, well, it doesn't matter—and anyhow, the one in the pram's a duchess," returned Wally. "I say, the duke's fallen in love with you, Jim."

"The duke," a curly-haired person in a white coat, hesitated on the footpath near the two subalterns, then mustering his courage, came close to Jim and gravely presented him with his Teddy-bear. Jim received the gift as gravely, and shook hands with the small boy, to his great delight.

The nurse, greatly scandalized, swooped down upon her charge, exhorting him to be ashamed, now, and not worry the gentleman. But the "duke" showed such distress when Jim attempted to return the Teddy-bear that the matter had to be adjusted by distracting his attention in the direction of some drilling soldiers, while Wally concealed the toy under the embroidered rug which protected the plump legs of the "duchess"—who submitted with delighted gurgles to being tickled under the chin. They withdrew reluctantly, urged by the still horrified nurse.

"See what it is to be beautiful and have the glad eye!" jeered Wally."Dukes never give me Teddy-bears!"

"It's my look of benevolent age," Jim said, grinning. "Anyhow, young Wally, if you'll stop beguiling the infant peerage, and attend to business, I'll be glad. We'll have Norah and Dad here presently."

"I'm all attention," said his friend. "But there's nothing more to be said than that it is rum, is there? And we said that."

"Norah gave me a letter from poor old O'Neill to show you," Jim said."I'll read it, if you like."

The merriment that was never very far from Wally Meadows' eyes died out as his chum unfolded a sheet of paper, closely written.

"He wrote it in the hotel in Carrignarone, I suppose?" he asked gently.

"Yes; just after dinner on the night of the fight....