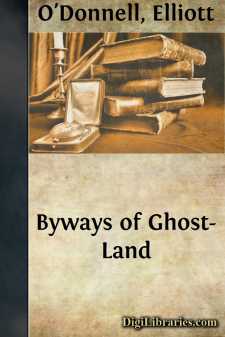 Whether all that constitutes man's spiritual nature, that is to say, ALL his mind, is inseparably amalgamated with the whitish mass of soft matter enclosed in his cranium and called his brain, is a question that must, one supposes, be ever open to debate.

One knows that this whitish substance is the centre of the nervous system and the seat of consciousness and volition, and, from the constant study of character by type or by phrenology, one may even go on to deduce with reason that in this protoplasmic substance—in each of the numerous cells into which it is divided and subdivided—are located the human faculties. Hence, it would seem that one may rationally conclude, that all man's vital force, all that comprises his mind—i.e. the power in him that conceives, remembers, reasons, wills—is so wrapped up in the actual matter of his cerebrum as to be incapable of existing apart from it; and that as a natural sequence thereto, on the dissolution of the brain, the mind and everything pertaining to the mind dies with it—there is no future life because there is nothing left to survive.

Such a condition, if complete annihilation can be so named, is the one and only conclusion to the doctrine that mind—crude, undiagnosed mind—is dependent on matter, a doctrine confirmed by the apparent facts that injury to the cranium is accompanied by unconsciousness and protracted loss of memory, and that the sanity of the individual is entirely contingent upon the state of his cerebral matter—a clot of blood in one of the cerebral veins, or the unhealthy condition of a cell, being in itself sufficient to bring about a complete mental metamorphose, and, in common parlance, to produce madness.

In the deepest of sleeps, too, when there is less blood in the cerebral veins, and the muscles are generally relaxed, and the pulse is slower, and the respiratory movements are fewer in number, consciousness departs, and man apparently lapses into a state of absolute nothingness which materialists, not unreasonably, presume must be akin to death. It would appear, then, that our mental faculties are entirely regulated by, and consequently, entirely dependent on, the material within our brain cells, and that, granted certain conditions of that material, we have consciousness, and that, without those conditions, we have no consciousness—in other words, "our minds cease to exist." Hence, there is no such thing as separate spiritual existence; mind is merely an eventuality of matter, and, when the latter perishes, the former perishes too. There is nothing, absolutely nothing, that can exist apart from the physical.

This is an assertion—unquestionably dogmatic—that exponents of materialism hold to be logically unassailable. To disprove it may not be an easy task at present; but I am, nevertheless, convinced there is a world apart from matter—a superphysical plane with which part of us, at least, is in some way connected, and I discredit the materialist's dogma, partly because something in my nature compels me to an opposite conclusion, and partly because certain phenomena I have experienced, cannot, I am certain, have been produced by any physical agency....