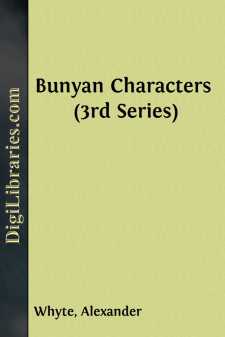 John Bunyan’s Holy War was first published in 1682, six years before its illustrious author’s death.  Bunyan wrote this great book when he was still in all the fulness of his intellectual power and in all the ripeness of his spiritual experience.  The Holy War is not the Pilgrim’s Progress—there is only one Pilgrim’s Progress.  At the same time, we have Lord Macaulay’s word for it that if the Pilgrim’s Progress did not exist the Holy War would be the best allegory that ever was written: and even Mr. Froude admits that the Holy War alone would have entitled its author to rank high up among the acknowledged masters of English literature.  The intellectual rank of the Holy War has been fixed before that tribunal over which our accomplished and competent critics preside; but for a full appreciation of its religious rank and value we would need to hear the glad testimonies of tens of thousands of God’s saints, whose hard-beset faith and obedience have been kindled and sustained by the study of this noble book.  The Pilgrim’s Progress sets forth the spiritual life under the scriptural figure of a long and an uphill journey.  The Holy War, on the other hand, is a military history; it is full of soldiers and battles, defeats and victories.  And its devout author had much more scriptural suggestion and support in the composition of the Holy War than he had even in the composition of the Pilgrim’s Progress.  For Holy Scripture is full of wars and rumours of wars: the wars of the Lord; the wars of Joshua and the Judges; the wars of David, with his and many other magnificent battle-songs; till the best known name of the God of Israel in the Old Testament is the Lord of Hosts; and then in the New Testament we have Jesus Christ described as the Captain of our salvation.  Paul’s powerful use of armour and of armed men is familiar to every student of his epistles; and then the whole Bible is crowned with a book all sounding with the battle-cries, the shouts, and the songs of soldiers, till it ends with that city of peace where they hang the trumpet in the hall and study war no more.  Military metaphors had taken a powerful hold of our author’s imagination even in the Pilgrim’s Progress, as his portraits of Greatheart and Valiant-for-truth and other soldiers sufficiently show; while the conflict with Apollyon and the destruction of Doubting Castle are so many sure preludes of the coming Holy War.  Bunyan’s early experiences in the great Civil War had taught him many memorable things about the military art; memorable and suggestive things that he afterwards put to the most splendid use in the siege, the capture, and the subjugation of Mansoul.

The Divine Comedy is beyond dispute the greatest book of personal and experimental religion the world has ever seen.  The consuming intensity of its author’s feelings about sin and holiness, the keenness and the bitterness of his remorse, and the rigour and the severity of his revenge, his superb intellect and his universal learning, all set ablaze by his splendid imagination—all that combines to make the Divine Comedy the unapproachable masterpiece it is.  John Bunyan, on the other hand, had no learning to be called learning, but he had a strong and a healthy English understanding, a conscience and a heart wholly given up to the life of the best religion of his religious day, and then, by sheer dint of his sanctified and soaring imagination and his exquisite style, he stands forth the peer of the foremost men in the intellectual world.  And thus it is that the great unlettered religious world possesses in John Bunyan all but all that the select and scholarly world possesses in Dante.  Both Dante and Bunyan devoted their splendid gifts to the noblest of services—the service of spiritual, and especially of personal religion; but for one appreciative reader that Dante has had Bunyan has had a hundred.  Happy in being so like his Master in so many things, Bunyan is happy in being like his unlettered Master in this also, that the common people hear him gladly and never weary of hearing him....