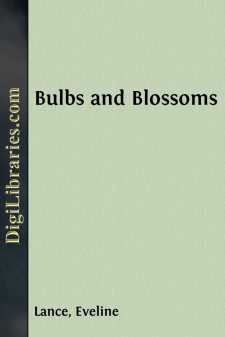 T was five o'clock in the afternoon. Miss Hunter, a tall, dignified-looking woman, was presiding at the afternoon tea-table in the drawing-room of Chatts Chase. Miss Amabel Hunter stood at the window in a rather muddy riding-habit, and she was speaking in her sharp, short tones to her twin sister Hester, who lay back in the depths of a large armchair, a novel open in her lap. Sitting by the cheery wood fire was the youngest of the sisters, a frail and delicate invalid. She was turning her face anxiously towards the speaker, and now put in her word very gently.

'We only thought, Amabel, that it would have comforted the poor children if you had returned with them in the brougham. An aunt would naturally have been more acceptable to them than a strange maid.'

'But I tell you, Sibyl, they are with their own nurse, and Graham will be far more likely to put them all at ease than I should. They will hear that "Miss 'Unter, is the missis, and lets every one know she is. Miss 'Ester keeps the maids on their legs all day long because she won't use hers. Miss H'Amabel does the sporting gent, and is never indoors except to meals; while Miss Sibyl—well, there, she is not much 'count in the fam'ly, for she can't say bo to a goose, and doesn't mind how people put on her!"'

'You saw the children, I suppose?' questioned Miss Hunter gravely.

'Of course I did. I rode down to the station for that express purpose. They are two skinny, puny little monkeys, enveloped in bundles of wraps. I packed them all up comfortably in the carriage, and rode on to tell you of their arrival. I don't seem to have done the right thing, as usual; but that is always the way. Here is the carriage lumbering up the drive. Now you had all better go out on the steps and overwhelm them with kisses and caresses. Only may I ask that they should be taken straight up to their nursery, and not brought in here?'

'One would think, to hear you talk, that you hated children,' murmured Miss Sibyl; 'it is a good thing that Percy and his wife cannot hear you.'

Miss Hunter left the room at once, and curiosity drew Sibyl and Hester after her, to see the little nephew and niece who had been sent to them from India from their only brother.

The four Miss Hunters lived very comfortably together, though they were all, with the exception of Sibyl, rather self-willed, opinionated women. All of them being well over forty, and grey hairs plentiful between them, they had earned the distinction of being looked upon as 'old maids,' and some wag having one day obliterated the 'h' in Chatts Chase, the house was now familiarly called 'Pussy's Chase.' This did not disturb the good ladies when it came to their ears, for they had large souls, a keen sense of humour, and too much interest in life to be fretted by village gossip.

They were now full of plans and purposes regarding the two small children about to be placed in their charge, and no two visitors could have caused more excitement and preparation in the quiet household than did this little couple from India....