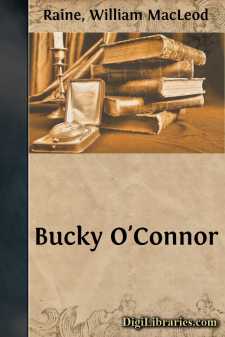 She had been aware of him from the moment of his spectacular entrance, though no slightest sign of interest manifested itself in her indolent, incurious eyes. Indeed, his abundant and picturesque area was so vivid that it would have been difficult not to feel his presence anywhere, let alone on a journey so monotonous as this was proving to be.

It had been at a water-tank, near Socorro, that the Limited, churning furiously through brown Arizona in pursuit of a lost half-hour, jarred to a sudden halt that shook sleep from the drowsy eyes of bored passengers. Through the window of her Pullman the young woman in Section 3 had glimpsed a bevy of angry train officials eddying around a sturdy figure in the center, whose strong, lean head rose confidently above the press. There was the momentary whirl of a scuffle, out of the tangle of which shot a brakeman as if propelled from a catapult. The circle parted, brushed aside by a pair of lean shoulders, muscular and broad. Yet a few moments and the owner of the shoulders led down the aisle to the vacant section opposite her a procession whose tail was composed of protesting trainmen.

"You had no right to flag the train, Sheriff Collins, and you'll have to get off; that's all there is to it," the conductor was explaining testily.

"Oh, that's all right," returned the offender with easy good nature, making himself at home in Section 4. "Tell the company to send in its bill. No use jawing about it."

"No, sir. You'll have to get off here. I have no authority to let you ride."

"Didn't I hear you say the train was late? Don't you think you'd arrive earlier at the end of your run if your choo-choo got to puffing?"

"I hate to disoblige," murmured the owner of the jingling spurs, the dusty corduroys, and the big, gray hat, putting his feet leisurely on the cushion in front of him. "But doesn't it occur to you that you are a man of one idea?"

"This is the Coast Limited. It doesn't stop for anybody—not even for the president of the road."

"You don't say! Well, I ce'tainly appreciate the honor you did me in stopping to take me on." His slight drawl was quite devoid of concern.

"But you had no right to flag the train. Can't you understand ANYTHING?" groaned the conductor.

"You explain it again to me, sonny. I'm surely thick in the haid," soothed the intruder, and listened with bland good-humor to the official's flow of protest.

"Well—well! Disrupted the whole transcontinental traffic, didn't I? And me so innocent, too. Now, this is how I figured it out. Here's me in a hurry to get to Tucson. Here comes your train a-foggin'—also and likewise hittin' the high spots for Tucson. Seemed like we ought to travel in company, and I was some dubious she'd forget to stop unless I flagged her. Wherefore, I aired my bandanna in the summer breeze."

"But you don't understand." The conductor began to explain anew as to a dull child. "It's against the law....