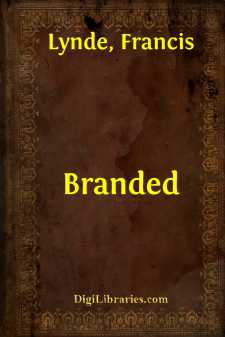 The Heating of the Iron

It was not until the evening when old John Runnels, who had been the town marshal in my school days, and was now chief of police under the new city charter, came into the dingy little private banking room to arrest me that I began to realize, though only in a sort of dumb and dazed fashion, how much my promise to Agatha Geddis might be going to cost me.

But even if the full meaning of the promise had been grasped at the time when my word was given, it is an open question if the earlier recognition of the possible consequences would have made any difference. Before we go any farther, let it be clearly understood that there was no sentiment involved; at least, no sentimental sentiment. Years before, I, like most of the other town boys of my age, had taken my turn as Agatha's fetcher and carrier; but that was only a passing spasm—a gust of the calf-love which stirs up momentary whirlwinds in youthful hearts. The real reason for the promise-making lay deeper. Abel Geddis had been crabbedly kind to me, helping me through my final year in the High School after my father died, and taking me into his private bank the week after I was graduated. And Agatha was Abel Geddis's daughter.

Over and above the daughterhood, she was by far the prettiest girl in Glendale, with a beauty of the luscious type; eyes that could toll a man over the edge of a bluff and lips that had a trick of quivering like a hurt baby's when she was begging for something she was afraid she wasn't going to get. All through the school years she had been one of my classmates, and a majority of the town boys were foolish about her, partly because she had a way of twisting them around her fingers; partly, perhaps, because her father was the rich man of the community and the president of the Farmers' Bank.

She had sent for me to come up to the big house on the hill the night before this other night of old John Runnels's call. I went, taking it as a matter of course that she wished to talk to me about the trouble at the bank, and saying to myself that I was going to be iron and steel and adamant; this when I might have known that I should be only putty in her hands. She met me on the porch, and made me sit with my back to the window, which was open, while she faced me, sitting in the hammock where the house lights fell fairly upon her and I could get the full benefit of the honeying eyes and baby lips as she talked.

She had begun by saying in catchy little murmurings that I knew better than any one else what it was going to mean to her—to all of them—if her father's crookedness (she called it his "mistake") in using the depositors' money for his own speculations should be published abroad; and I did. She was engaged to young Wheeland, son of the copper magnate Wheeland, of New York, and the wedding date was set. Black ruin was staring them all in the face, she said, and I could save them, if I only would. What would be shouted from the housetops as a penitentiary offense in the president of the bank would be condoned as a mere error in judgment on the part of a hired bookkeeper....