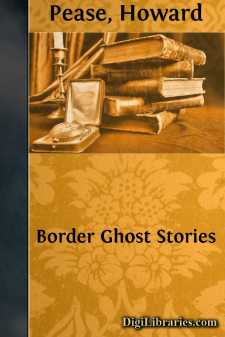 Certain places, said Stevenson, cry out for a story, and Scott, in any new surroundings, straightway invented an appropriate tale, if there were not already a story or tradition in existence. One might even believe that the place itself tells its own tale to the sympathetic imagination.

Thus Mr. Bligh Bond in his book, The Gate of Remembrance, implies that the whisperings of the genius loci enabled him to make his astonishing discovery of the lost Edgar Chapel at Glastonbury Abbey.

The scene of the following ghost stories usually becomes manifest in the text, but it might be mentioned that 'Castle Ichabod' stands for Seaton Delaval, that the 'Lord Warden's Tomb' is a reminiscence of Kirkby Stephen, and that 'The Cry of the Peacock' is a suggestion from the Vale of Mallerstang.

If the ghost is not always visible in the tale, it is at least born of it.

Thus if there be no actual ghost in 'Ill-Steekit Ephraim' or in 'The Blackfriars Wynd' there are at least sufficiently 'ghostly' occurrences.

Again, in 'Apud Corstopitum' Penchrysa is held to haunt the Roman Wall beside the limestone crags; Tynemouth Priory is thought to be revisited by Prior Olaf whenever the wind stays long in the eastern airt, and the 'outbye' moors beside 'The Bower' may now be haunted by the spirit of 'Muckle-Mouthed Meg.'

The stories marked by an asterisk have already been published in the Border Magazine; 'In the Cliff Land of the Danes' appeared originally in the Northern Counties Magazine under the title of 'An Antiquary's Letter' (supposed to have been dictated by John Hall Stevenson of Skelton Castle, author of Crazy Tales, to his friend the Reverend Laurence Sterne at Coxwold), and has been slightly altered, as has also 'The Muniment Room,' which appeared in the Queen and the Newcastle Weekly Chronicle. He desires to thank the various editors concerned and the Northern Newspaper Syndicate for their courtesy in permitting republication.

In his Letters on Demonology and Witchcraft, written nearly one hundred years ago, Sir Walter Scott says apologetically at the close of the book: 'Even the present fashion of the world seems to be ill-suited for studies of this fantastic nature; and the most ordinary mechanic has learning sufficient to laugh at the figments which in former times were believed by persons far advanced in the deepest knowledge of the age.'

But surely the belief in, and love of ghosts will persist 'as long as the moon endureth,' for fancy, imagination, and conscience combine against materialism, be it never so scientific, and even if the vision of the affrighted criminal be subjective it is a terrible reality to himself.

'What! not see that little boy with the bloody pantaloons?' exclaimed the secret murderer, so much to the horror of his comrade that he requested him, if he had anything on his mind, to make a clear conscience as far as confession could do it. And, further, it is but some seventeen years since the present writer was taken to see a certain nonagenarian—one Bobby Dawson—for some fifty years, if memory serve, whipper-in to the Bilsdale hounds, who related in all good faith how he with his hounds had once hunted a witch in the shape of a hare that escaped by a cundy, or underground drain, into a barn. When Dawson entered, there was the witch in the form of an old woman lying panting on the hay.

Again, the writer has in his possession the copy of an 'Old Charm to make Brave,' which was transcribed by Mr. R. Blakeborough, author of Yorkshire Wit, Character, Folklore, and Customs, from the MS. book of one David Naitby, a Bedale schoolmaster, during the early days of 1800. It may interest the reader to quote a few lines therefrom:

'We hid there (on the mountain top) in the shadow of the moon.We left there an acorn yet green in its cup,We left also a firchatt upon the great stone hurled by Thor;To a fir branch we tied with a fine whang drawn from a bear we slewThe wing feather of an eagle which span towards us,Yet it fell not to the earth, we twain caught it,The one by the quill, the other by the feather part.'

After this the tale of 'In the Cliff Land of the Dane' may appear to be not so very improbable....