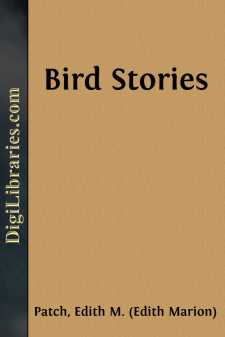 Right in the very heart of Christmas-tree Land there was a forest of firs that pointed to the sky as straight as steeples. A hush lay over the forest, as if there were something very wonderful there, that might be meant for you if you were quiet and waited for it to come. Perhaps you have felt like that when you walked down the aisle of a church, with the sun shining through the lovely glass in the windows. Men have often called the woods "temples"; so there is, after all, nothing so very strange in having a preacher live in the midst of the fir forest that grew in Christmas-tree Land.

And the sermon itself was not very strange, for it was about peace and good-will and love and helping the world and being happy—all very proper things to hear about while the bells in the city churches, way, way off, were ringing their glad messages from the steeples.

But the minister was a queer one, and his very first words would have made you smile. Not that you would have laughed at him, you know. You would have smiled just because he had a way of making you feel happy from the minute he began.

He sat on a small branch, and looked down from his pulpit with a dear nod of his little head, which would have made you want to cuddle him in the hollow of your two hands.

Firs that pointed to the sky.

His robe was of gray and white and buff-colored feathers, and he wore a black-feather cap and bib.

He began by singing his name. "Chick, D.D.," he called. Now, when a person has "D.D." written after his name, we have a right to think that he is trying to live so wisely that he can teach us how to be happier, too. Of course Minister Chick had not earned those letters by studying in college, like most parsons; but he had learned the secret of a happy heart in his school in the woods.

Yes, he began his service by singing his name; but the real sermon he preached by the deeds he did and the life he lived. So, while we listen to his happy song, we can watch his busy hours, until we are acquainted with the little black-capped minister who called himself "Chick, D.D."

Chick's Christmas-trees were decorated, and no house in the whole world had one lovelier that morning than the hundreds that were all about him as far as he could see. The dark-green branches of the pines and cedars had held themselves out like arms waiting to be filled, and the snow had been dropped on them in fluffy masses, by a quiet, windless storm. It had been very soft and lovely that way—a world all white and green below, with a sky of wonderful blue that the firs pointed to like steeples. Then, as if that were not decoration enough, another storm had come, and had put on the glitter that was brightest at the edge of the forest where the sun shone on it. The second storm had covered the soft white with dazzling ice. It had swept across the white-barked birch trees and their purple-brown branches, and had left them shining all over. It had dripped icicles from the tips of all the twigs that now shone in the sunlight brighter than candles, and tinkled like little bells, when the breezes clicked them together, in a tune that is called, "Woodland Music after an Ice-Storm."

"Woodland Music after an Ice-Storm."

That is the tune that played all about the black-capped bird as he flitted out of the forest, singing, "Chick, D.D.," as he came....