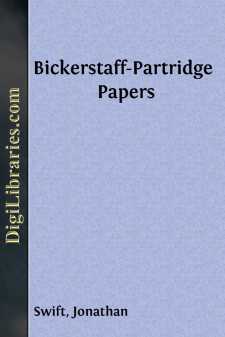 Predictions For The Year 1708

Wherein the month, and day of the month are set down, the persons named, and the great actions and events of next year particularly related, as will come to pass.

Written to prevent the people of England from being farther imposed on by vulgar almanack-makers.

I have long consider'd the gross abuse of astrology in this kingdom, and upon debating the matter with myself, I could not possibly lay the fault upon the art, but upon those gross impostors, who set up to be the artists. I know several learned men have contended that the whole is a cheat; that it is absurd and ridiculous to imagine, the stars can have any influence at all upon human actions, thoughts, or inclinations: And whoever has not bent his studies that way, may be excused for thinking so, when he sees in how wretched a manner that noble art is treated by a few mean illiterate traders between us and the stars; who import a yearly stock of nonsense, lyes, folly, and impertinence, which they offer to the world as genuine from the planets, tho' they descend from no greater a height than their own brains.

I intend in a short time to publish a large and rational defence of this art, and therefore shall say no more in its justification at present, than that it hath been in all ages defended by many learned men, and among the rest by Socrates himself, whom I look upon as undoubtedly the wisest of uninspir'd mortals: To which if we add, that those who have condemned this art, though otherwise learned, having been such as either did not apply their studies this way, or at least did not succeed in their applications; their testimony will not be of much weight to its disadvantage, since they are liable to the common objection of condemning what they did not understand.

Nor am I at all offended, or think it an injury to the art, when I see the common dealers in it, the students in astrology, the philomaths, and the rest of that tribe, treated by wise men with the utmost scorn and contempt; but rather wonder, when I observe gentlemen in the country, rich enough to serve the nation in parliament, poring in Partridge's almanack, to find out the events of the year at home and abroad; not daring to propose a hunting-match, till Gadbury or he have fixed the weather.

I will allow either of the two I have mentioned, or any other of the fraternity, to be not only astrologers, but conjurers too, if I do not produce a hundred instances in all their almanacks, to convince any reasonable man, that they do not so much as understand common grammar and syntax; that they are not able to spell any word out of the usual road, nor even in their prefaces write common sense or intelligible English. Then for their observations and predictions, they are such as will equally suit any age or country in the world. "This month a certain great person will be threatened with death or sickness." This the news-papers will tell them; for there we find at the end of the year, that no month passes without the death of some person of note; and it would be hard if it should be otherwise, when there are at least two thousand persons of not in this kingdom, many of them old, and the almanack-maker has the liberty of chusing the sickliest season of the year where he may fix his prediction....