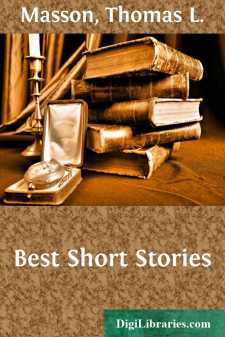 A young lieutenant was passed by a private, who failed to salute. The lieutenant called him back, and said sternly:

"You did not salute me. For this you will immediately salute two hundred times."

At this moment the General came up.

"What's all this?" he exclaimed, seeing the poor private about to begin.

"This ignoramus failed to salute me, and as a punishment, I am making him salute two hundred times."

"Quite right," replied the General, smiling. "But do not forget, sir, that upon each occasion you are to salute in return."

ALWAYS GET THE FACTS

It is never wise to jump to conclusions. Always wait until the evidence is all in.

A Jersey man of a benevolent turn of mind encountered a small boy in his neighborhood who gave evidence of having emerged but lately from a severe battle.

"You go home and be sorry for your own little boy—he's got two!"

CAN THIS BE TRUE?

A certain Irishman was taken prisoner by the Huns. While he was standing alone, waiting to be assigned to his prison, or whatever fate awaited him, the Kaiser came up.

"I'm an Irishman, your honor."

Then he winked solemnly.

The Kaiser was horrified. Calling an orderly he said to him:

"Take this blasphemer away and put a German uniform on him, and then bring him back."

Shortly the Irishman was returned, in a full German uniform.

"Well," said the Kaiser, "maybe you feel better now. How is it?"

Pat grabbed him by the arm, and leaning over, whispered:

The wife of a successful young literary man had hired a buxom Dutch girl to do the housework. Several weeks passed and from seeing her master constantly about the house, the girl received an erroneous impression.

"Ogscuse me, Mrs. Blank," she said to her mistress one day, "but I like to say somedings."

The girl blushed, fumbled with her apron, and then replied, "Vell, you pay me four tollars a veek—'

"It's not dot," responded the girl; "but I be villing to take tree tollars till—till your husband gets vork."

HE WAS BROAD MINDED

Even married life does not affect some people unpleasantly, or take away the fine spirit of their charity.

A certain factory-owner tells of an old employee who came into the office and asked for a day off.

"I guess we can manage it, Pete," says the boss, "tho we are mighty short-handed these days. What do you want to get off for?"

"Ay vant to get married," blushed Pete, who is by way of being aScandinavian.

"Married? Why, look here—it was only a couple of months ago that you wanted to get off because your wife was dead!"

"And you want to get married again, with your wife only two months dead?"