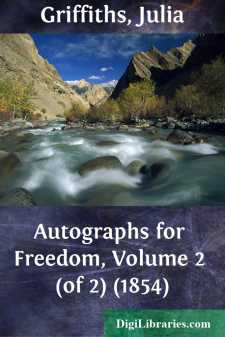 INTRODUCTION. The Colored People's "Industrial College." WHAT SOME OF THE BUILDERS HAVE THOUGHT.

A word oft-times is expressive of an entire policy. Such is the term Abolition. Though formerly used as a synonym of Anti-Slavery, people now clearly understand that the designs of those who have ranged themselves under the first of these systems of reform are of deeper significance and wider scope than are the objects contemplated by the latter, and concern themselves not only with the great primary question of bodily freedom, but take in also the collateral issues connected with human enfranchisement, independent of race, complexion, or sex.

The Abolitionist of to-day is the Iconoclast of the age, and his mission is to break the idolatrous images set up by a hypocritical Church, a Sham Democracy, or a corrupt public sentiment, and to substitute in their stead the simple and beautiful doctrine of a common brotherhood. He would elevate every creature by abolishing the hinderances and checks imposed upon him, whether these be legal or social—and in proportion as such grievances are invidious and severe, in such measure does he place himself in the front rank of the battle, to wage his emancipating war.

Therefore it is that the Abolitionist has come to be considered the especial friend of the negro, since he, of all others, has been made to drink deep from the cup of oppression.

The free-colored man at the north, for his bond-brother as for himself, has trusted hopefully in the increasing public sentiment, which, in the multiplication of these friends, has made his future prospects brighter. And, to-day, while he is making a noble struggle to vindicate the claims of his entire class, depending mainly for the accomplishment of that end on his own exertions, he passes in review the devotion and sacrifices made in his behalf: gratitude is in his heart, and thanks fell from his lips. But, in one department of reformatory exertion he feels that he has been neglected. He has seen his pledged allies throw themselves into the hottest of the battle, to fight for the Abolition of Capital Punishment—for the Prohibition of the Liquor Traffic—for the Rights of Women, and similar reforms,—but he has failed to see a corresponding earnestness, according to the influence of Abolitionists in the business world, in opening the avenues of industrial labor to the proscribed youth of the land. This work, therefore, is evidently left for himself to do. And he has laid his powers to the task. The record of his conclusions was given at Rochester, in July, and has become already a part of history.

Though shut out from the workshops of the country, he is determined to make self-provision, so as to triumph over the spirit of caste that would keep him degraded. The utility of the Industrial Institution he would erect, must, he believes, commend itself to Abolitionists. But not only to them. The verdict of less liberal minds has been given already in its favor. The usefulness, the self-respect and self-dependence,—the combination of intelligence and handicraft,—the accumulation of the materials of wealth, all referable to such an Institution, present fair claims to the assistance of the entire American people.

Whenever emancipation shall take place, immediate though it be, the subjects of it, like many who now make up the so-called free population, will be in what Geologists call, the "Transition State." The prejudice now felt against them for bearing on their persons the brand of slaves, cannot die out immediately. Severe trials will still be their portion—the curse of a "taunted race" must be expiated by almost miraculous proofs of advancement; and some of these miracles must be antecedent to the great day of Jubilee....