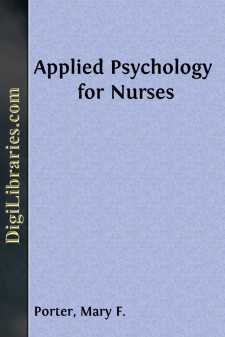 Wise men study the sciences which deal with the origins and development of animal life, with the structure of the cells, with the effect of various diseases upon the tissues and fluids of the body; they study the causes of the reactions of the body cells to disease germs, and search for the origin and means of extermination of these enemies to health. They study the laws of physical well-being. They seek for the chemical principles governing the reactions of digestive fluids to the foods they must transform into heat and energy. So the doctor learns to combat disease with science, and at the same time to apply scientific laws of health that he may fortify the human body against the invasion of harmful germs. Thus, eventually, he makes medicine itself less necessary.

But another science must walk hand in hand today with that of medicine; for doctors and nurses are realizing as never before the power of mind over body, and the hopelessness of trying to cure the one without considering the other. Hence psychology has come into her own as a recognized science of the mind, just as biology, histology, chemistry, pathology, and medicine are recognized sciences governing the body. As these are concerned with the “how” and “why” of life, and of the body reactions, so psychology is concerned with the “how” and “why” of conduct and of thinking. For as truly as every infectious disease is caused by a definite germ, just as truly has every action of man its adequate explanation, and every thought its definite origin. As we would know the laws of the sciences governing man’s physical well-being that we might have body health, so we would know the laws of the mind and of its response to its world in order to attain and hold fast to mind health. Experience with patients soon proves to us nurses that the weal and woe of the one vitally affects the other.

“Psychology is the science of mental life, both of its phenomena and their conditions.”

So William James took up the burden of proof some thirty years ago, and assured a doubting world of men and women that there were laws in the realm of mind as certain and dependable as those applying to the world of matter—men and women who were not at all sure they had any right to get near enough the center of things to see the wheels go round. But today thousands of people are trying to find out something of the way the mind is conceived, and to understand its workings. And many of us have in our impatient, hasty investigation, self-analytically taken our mental machines all to pieces and are trying effortfully to put them together again. Some of us have made a pretty bad mess of it, for we tore out the screws and pulled apart the adjustments so hastily and carelessly that we cannot now find how they fit. And millions of other machines are working wrong because the engineers do not know how to keep them in order, put them in repair, or even what levers operate them. So books must be written—books of directions.

If you can glibly recite the definition above, know and explain the meaning of “mental life,” describe “its phenomena and their conditions,” illustrating from real life; if you can do this, and prove that psychology is a science, i. e., an organized system of knowledge on the workings of the mind—not mere speculation or plausible theory—then you are a psychologist, and can make your own definitions. Indeed, the test of the value of a course such as this should be your ability, at its end, to tell clearly, in a few words of your own, what psychology is.

The word science comes from a Latin root, scir, the infinitive form, scire, meaning to know. So a science is simply the accumulated, tested knowledge, the proved group of facts about a subject, all that is known of that subject to date. Hence, if psychology is a science, it is no longer a thing of guesses or theories, but is a grouping of confirmed facts about the mind, facts proved in the psychology laboratory even as chemical facts are demonstrated in the chemical laboratory....