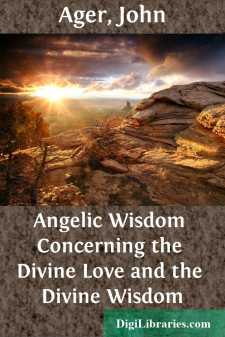 Man knows that there is such a thing as love, but he does not know what love is. He knows that there is such a thing as love from common speech, as when it is said, he loves me, a king loves his subjects, and subjects love their king, a husband loves his wife, a mother her children, and conversely; also, this or that one loves his country, his fellow citizens, his neighbor; and likewise of things abstracted from person, as when it is said, one loves this or that thing. But although the word love is so universally used, hardly anybody knows what love is. And because one is unable, when he reflects upon it, to form to himself any idea of thought about it, he says either that it is not anything, or that it is merely something flowing in from sight, hearing, touch, or interaction with others, and thus affecting him. He is wholly unaware that love is his very life; not only the general life of his whole body, and the general life of all his thoughts, but also the life of all their particulars. This a man of discernment can perceive when it is said: If you remove the affection which is from love, can you think anything, or do anything? Do not thought, speech, and action, grow cold in the measure in which the affection which is from love grows cold? And do they not grow warm in the measure in which this affection grows warm? But this a man of discernment perceives simply by observing that such is the case, and not from any knowledge that love is the life of man.

3. Some idea of love, as being the life of man, may be had from the sun's heat in the world. This heat is well known to be the common life, as it were, of all the vegetations of the earth. For by virtue of heat, coming forth in springtime, plants of every kind rise from the ground, deck themselves with leaves, then with blossoms, and finally with fruits, and thus, in a sense, live. But when, in the time of autumn and winter, heat withdraws, the plants are stripped of these signs of their life, and they wither. So it is with love in man; for heat and love mutually correspond. Therefore love also is warm.

4. GOD ALONE, CONSEQUENTLY THE LORD, IS LOVE ITSELF, BECAUSE HE IS LIFE ITSELF AND ANGELS AND MEN ARE RECIPIENTS OF LIFE.

This will be fully shown in treatises on Divine Providence and on Life; it is sufficient here to say that the Lord, who is the God of the universe, is uncreate and infinite, whereas man and angel are created and finite....