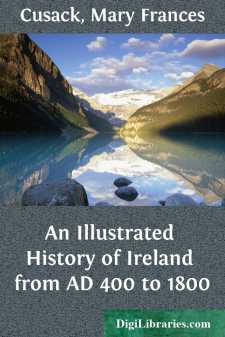 he study of Celtic literature, which is daily becoming of increased importance to the philologist, has proved a matter of no inconsiderable value to the Irish historian. When Moore visited O'Curry, and found him surrounded with such works as the Books of Ballymote and Lecain, the Speckled Book, the Annals of the Four Masters, and other treasures of Gaedhilic lore, he turned to Dr. Petrie, and exclaimed: "These large tomes could not have been written by fools or for any foolish purpose. I never knew anything about them before, and I had no right to have undertaken the History of Ireland." His publishers, who had less scruples, or more utilitarian views, insisted on the completion of his task. Whatever their motives may have been, we may thank them for the result. Though Moore's history cannot now be quoted as an authority, it accomplished its work for the time, and promoted an interest in the history of one of the most ancient nations of the human race.

There are two sources from whence the early history of a nation may be safely derived: the first internal—the self-consciousness of the individual; the second external—the knowledge of its existence by others—the ego sum and the tu es; and our acceptance of the statements of each on matters of fact, should depend on their mutual agreement.

The first question, then, for the historian should be, What accounts does this nation give of its early history? the second, What account of this nation's early history can be obtained ab extra? By stating and comparing these accounts with such critical acumen as the writer may be able to command, we may obtain something approaching to authentic history. The history of ancient peoples must have its basis on tradition. The name tradition unfortunately gives an a priori impression of untruthfulness, and hence the difficulty of accepting tradition as an element of truth in historic research. But tradition is not necessarily either a pure myth or a falsified account of facts. The traditions of a nation are like an aged man's recollection of his childhood, and should be treated as such. If we would know his early history, we let him tell the tale in his own fashion. It may be he will dwell long upon occurrences interesting to himself, and apart from the object of our inquiries; it may be he will equivocate unintentionally if cross-examined in detail; but truth will underlie his garrulous story, and by patient analysis we may sift it out, and obtain the information we desire.

A nation does not begin to write its history at the first moment of its existence. Hence, when the chronicle is compiled which first embodies its story, tradition forms the basis. None but an inspired historian can commence In principio....