An Epoch in History 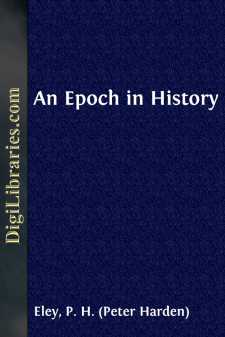 AN EPOCH IN HISTORY.

Few people pause to think that Tuesday, the twenty-third day of July, nineteen hundred and one, not only placed a mile-stone on the road of civilization, but also marked an epoch in the history of the world.

That day placed a mile-stone on the road of civilization because it saw the culmination of one of the greatest movements ever attempted in behalf of common school education. It marked an epoch in the history of the world because, for the first time within the knowledge of man, a conquering people, instead of sending battalions of soldiers to hold the conquered in subjection, sent a carefully selected body of men and women to carry to them the benefits of a highly developed society.

It was on this day that the United States Government sent from San Francisco four hundred and ninety-nine trained men and women to establish throughout the Philippine Islands a system of free public schools.

The ball on the tower of the Ferry Building in San Francisco had just fallen, announcing the hour of noon on the one hundred and twentieth meridian, when the propellers began revolving and the United States Army Transport “Thomas” swung out into the middle of the bay, where it dropped anchor for a few moments while some belated boxes of lemons and a few other articles were added to the equipment of the steward’s department.

The anchor was again on its way to the surface when a row-boat driven by four oarsmen with drawn muscles and clenched teeth glided in under the bow of the ship. Its passenger, a belated teacher who at the last moment had wandered from the pier, was shouting for some one to throw him a rope, and a few moments later our last passenger whose silvery hair little indicated the probability of such a blunder was landed in a heap on the deck. Our ship was now under way and soon passed out of the Golden Gate bearing on and between her decks the largest number of teachers as well as the largest cargo of pedagogical equipment that any vessel in the history of the world ever bore to a foreign land to instruct an alien people. Late in the afternoon five whales came up and spouted and played around us. We passed on and as their fountains of spray disappeared in the distance the sun sank down to pay his wonted devotion before the shrine of night. We were alone.

By good fortune we went by way of the Hawaiian Islands and touched at Honolulu. We entered the harbor in the first faint light of the coming morn while the moon still shone with resplendent glory just above the nearer rim of the old extinct volcanic crater lying just behind the town. High points of land lay around us on three sides, while across the bay soft billowy clouds completed an enchanting circle from the spell of which none of us wished ever to escape.

No traveler who lands at Honolulu will feel unrequited for his time and his money should he visit two places in the vicinity of the town. The first is the Pali and the second, the Bishop Museum of Polynesian Ethnology.

The first is a gigantic precipice, reached by a few hours ride from the city by horse....